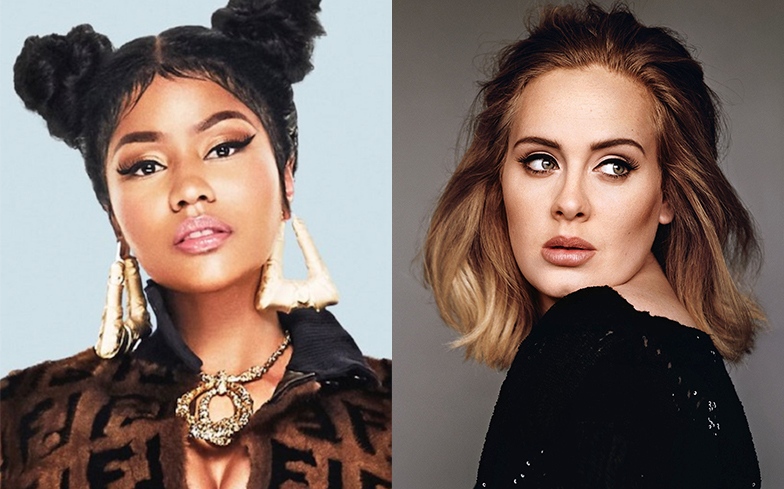 Following rumours that legendary British singer Adele would be teaming up with both Beyonce and Lady Gaga, the one person we never expected to add to that lineup is Nicki Minaj – but we are so glad it’s happening.

At the launch of her new fashion line Fendi Prints On in Beverly Hills on Tuesday, the Good Form rapper told Entertainment Tonight that she has a secret project with Adele in the works, and that the pair have “already shot” a music video.

“Yes and yes, yes and yes, woo hoo!” Nicki said when asked by if she would collaborate with Adele in the future – or if she already has done.

“But Adele made me swear to secrecy that I’m not allowed to tell anyone that I’m working with her. And that we already shot a video. And it’s an epic song!”

It might not be the most obvious pairing, but it’s also not entirely unbelievable – Adele has expressed her love for Nicki in the past, and even performed the rapper’s iconic verse from Kanye West’s Monster during her appearance on Carpool Karaoke.

While you patiently stand by for the sure-to-be incredible collaboration, there’s another massive Nicki team-up to look forward to, as the rapper will join Ariana Grande and Normani on a track for the new Charlie’s Angels soundtrack.

Based on the two previously released tracks, which saw Ariana team up with Lana Del Rey and Miley Cyrus; and Kim Petras team up with Stefflon Don, ALMA and Kash Doll, we’re expecting big things.