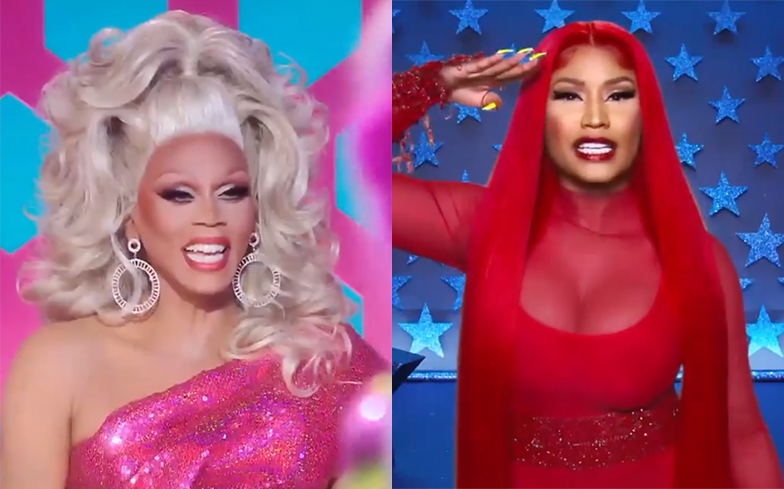 “I am Nicki Minaj and I pledge allegiance to the drag!”

Nicki Minaj has been announced as the first sickening guest judge for RuPaul’s Drag Race season 12.

A newly-released trailer from VH1 and World of Wonder revealed the rapper’s long-awaited debut on the series, and showed fresh footage of season 12’s new crop of queens in the werkroom and on the main stage.

“I am Nicki Minaj and I pledge allegiance to the drag!” she says in the trailer, shortly after we see her sashay, shantay and panther down the mothertucking runway. Honey, she looks fierce AF and we are living!

“A dream of mine for so long,” Nicki wrote on Twitter after the announcement. Get your jush with the new trailer below…

We’ve already had Anaconda (BenDeLaCreme vs Aja) and Pound the Alarm (Monèt X Change vs Dusty Ray Bottoms), so what song do you want lip synced to on the series? Starships? Barbie Dreams? Her verse from Monster? SO MANY OPTIONS!

Related: Here’s where and when you can watch RuPaul’s Drag Race season 12 in the UK.