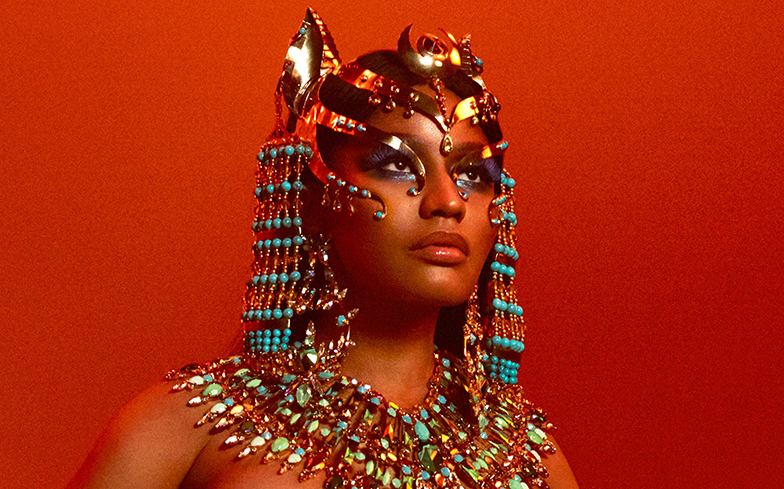 On the widely-acclaimed track, Barbie Dreams – which will serve as the third single from the record – the 35-year-old performer femme-shames fellow rapper Young Thug for wearing dresses.

She raps: “Used to fuck with Young Thug / I ain’t addressing this shit / caught him in my dressing room / stealing dresses and shit / I used to give this ni**a with a lisp testers and shit / how you want the pu-thy? / can’t say s’s and shit.”

And on Majesty, featuring Eminem and Labinth, Nicki raps: “Who want it with Nicki now? / I smoke ‘em like hippies now / they see me say ‘Yippie’ now / home runnin’ like Griffey now / they switchin’ like sissies now / you n***as is iffy now.”

The lyric references her 2008 track, Dead Wrong, where she states: “First they love you / then they switch / yeah, they switch like faggots / that’s why I keep the llamas in Gabbana’s fabrics.”

Understandably, fans on social media were disappointed with Nicki’s use of language.

“You have fans across the world who are lgbtq and who are persecuted for being themselves,” one tweeted. “And on your platform you use homophobic language? When queer folks are the ones on here defending you the hardest?”

I think we can all agree that Barbie Dreams by Nicki Minaj is a homophobic text at worst, and at best an unwarranted dismissal of cultural innovators Young Thug and Lil Uzi Vert. She has revealed how ignorant and regressive she truly is.

Now that she has a new record out just a casual reminder that Nicki Minaj uses casual homophobia and transphobia in lyrics, slut shames others, has appropriated other cultures that aren’t her own, and is taking a pedophile on tour with her. She’s cancelled.

I know I'm going to be in the minority, but Barbie Dreams is offensive. The homophobia, fat shaming, ableism, femmephobia, and shit is annoying. I actually can do without all that. I need Nicki Minaj to grow up.

@NikkiMinaj really tasteless. Homophobic comments. LGBTQ community have made you who you are. Watch that support fall….quickly.

Upon release, Queen charted at number one in 85 countries on iTunes. It is predicted to debut at #2 on the Billboard 200.

The album features the Billboard top 10 single, Chun-Li, and Bed featuring Ariana Grande, which has charted in the top 20 of the UK Singles Chart.