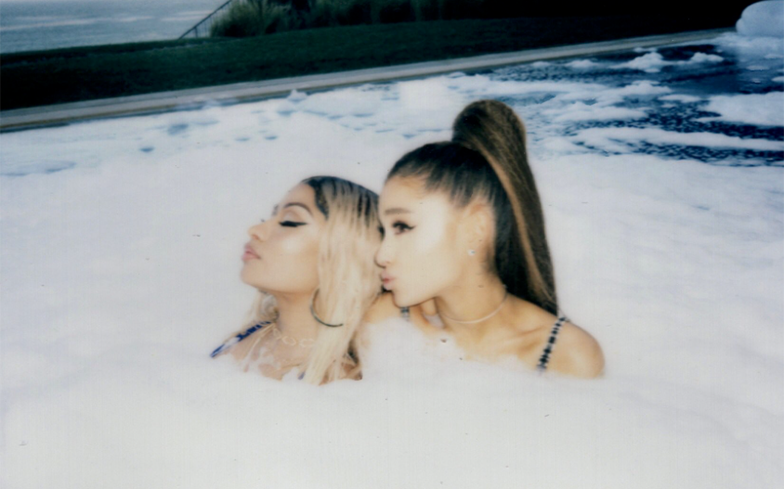 Bed will be available on iTunes and streaming services this Thursday (14 June).

Ariana isn’t holding back this week is she? On Wednesday, she’s releasing a club-ready-sounding collaboration with Aussie star Troye Sivan, and the following day, she’ll be featured on Nicki Minaj’s brand new track. Yaaaas!

The Chun-Li rapper announced the single on Twitter, and revealed the title – Bed – and single cover, which surprisingly, features Ariana and Nicki in a pool. Not a bed. How controversial!

Bed will be the fifth collaboration between the American superstars, following Bang Bang (with Jessie J), Get on Your Knees, Side to Side and Ariana’s upcoming single from Sweetener, The Light is Coming.

These pop divas aren’t letting us breathe are they?

Listen to Rich Sex below: