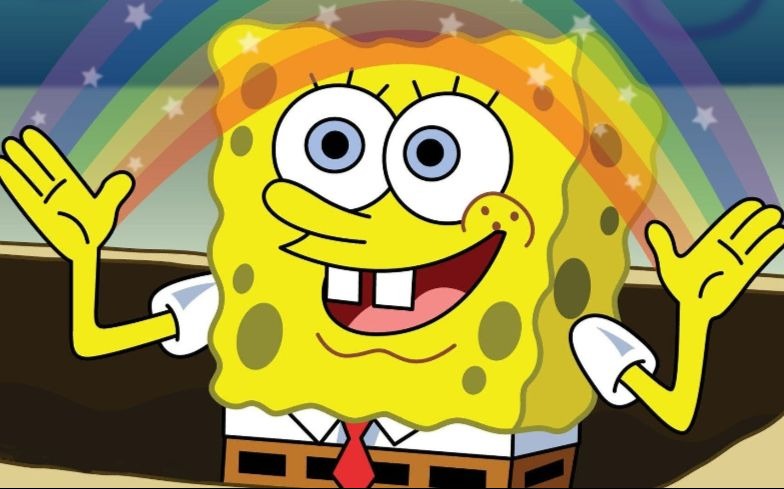 A Pride tweet showed some of Nickelodeon’s LGBTQ+ characters.

Nickelodeon may have just announced that SpongeBob SquarePants is a member of the LGBTQ+ community. In a Pride tweet highlighting some of its LGBTQ+ characters, the company included SpongeBob.

The tweet features Korra from The Legend of Korra, who is bisexual, and actor Michael D. Cohen, who plays Schwoz Schwartz in Henry Danger, who is trans, alongside a rainbow-coloured Spongebob, designed by artist Ramzy Masri.

The tweet read: “Celebrating #Pride with the LGBTQ+ community and their allies this month and every month.”

Replies to the tweet were turned off, presumably to save us all from going through an avalanche of ‘Brainwashing’ tweets.

However, the internet did launch into a debate as to what spectrum of the LGBTQ+ rainbow SpongeBob represented, with some responding he was gay, and others thinking he was bisexual. However, previous comments from show creator, the late Steve Hillenburg, reveal that the sponge is asexual.

Back in 2005, Christian groups claimed that SpongeBob and Patrick were promoting a ‘homosexual agenda’ leading Hillenburg to say: “We never intended them to be gay. I consider them to be almost asexual. We’re just trying to be funny and this has got nothing to do with the show.”

People on Twitter have reacted positively to the news, with one tweeting out the asexual flag with SpongeBob’s face on it, saying: “Since it’s confirmed Spongebob is part of the LGBT+ community, let’s use this to scare us some bigots.”

Another simply added: “Spongebob is a gay ace icon.”

“if you use spongebob memes you support and acknowledge spongebob’s asexuality and queerness that’s the law,” wrote another fan.