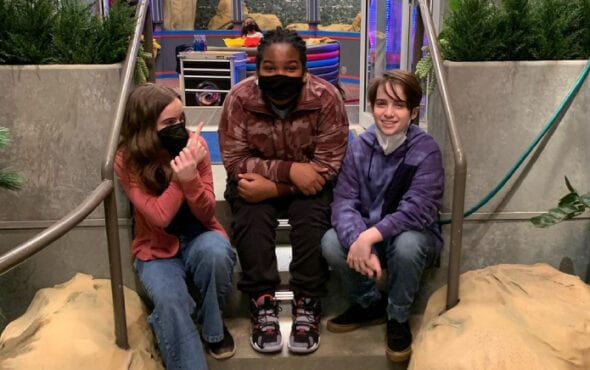 According to Variety, 13-year-old transgender actor Sasha A. Cohen will appear on comedy series Danger Force later this month alongside his twin sister Natalie R. Cohen.

“I had never felt comfortable about who I am, and I always thought that I would never play a transgender role,” Sasha told the publication. “But there are so many kids out there who need to see someone like them — a role model who has the ability to put themselves out there.”

A spin-off from Henry Danger, Danger Force premiered on Nickelodeon in 2020 and sees the return of original stars Cooper Barnes and Michael D. Cohen as Ray / Captain Man and Schwoz, respectively.

Michael, who revealed in 2019 that he transitioned two decades before, met Sasha through the Trans Youth Acting Challenge, an initiative he launched to assist transgender and non-binary talent as they launch careers in the industry.

“I want Sasha to see his own power as an actor and as a human,” Michael told Variety. “I want him to feel proud of his work and feel real confident in himself in every aspect and to know that he will help change kids’ lives by being the first kid of trans experience on Nickelodeon in live action.”

Executive Vice President of Programming and Content Strategy at Nickelodeon, Paul DeBenedittis, said: “It has long been Nickelodeon’s mission to be a home for all kids, and to authentically represent them in their full diversity.”

Paul said the episode Sam appears in, which was directed and co-written by Michael, tells a “relatable story of friendship, openness and trust through the lens of sitcom,” adding: “We’re incredibly proud of it and of everyone involved.”

Sasha will make history for Nickelodeon as he guest stars in the 22nd episode of season one, Manlee Man, on 19 June.