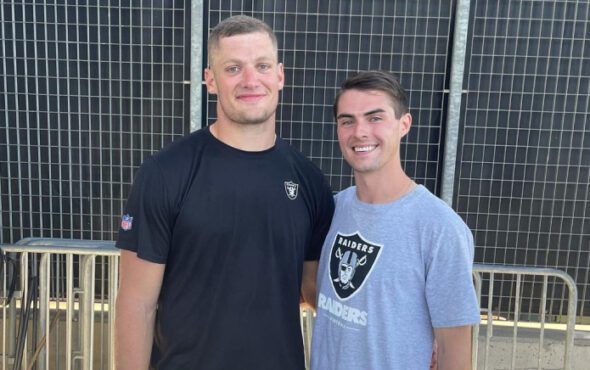 Attention all Carl Nassib fans! We regret to inform you that the NFL star is officially off the market.

The news was seemingly confirmed during his appearance on the Comeback Stories podcast with Darren Waller and Donny Starkins.

When discussing the topic of love, the 28-year-old player opened up about his desire “to be someone’s number one priority.”

“And I couldn’t have that, so that was the one thing, I was like, ‘Man I really fucking want that.’ But I got that now, so it’s good,” he revealed.

Starkins then asked the Raiders player for more information, to which Nassib responded: “Oh, I met an awesome guy. He’s the best.”

The mystery surrounding the identity of his boyfriend didn’t last long, as fans pointed out Erik Gudzinas as the lucky guy.

At the end of September, Gudzinas posted a photo of the two at Nassib’s game against the Steelers.

The photo was then posted on the football player’s own story with a smiley face emoji underneath.

Guizinas Instagram also features other adorable photos of the two together. 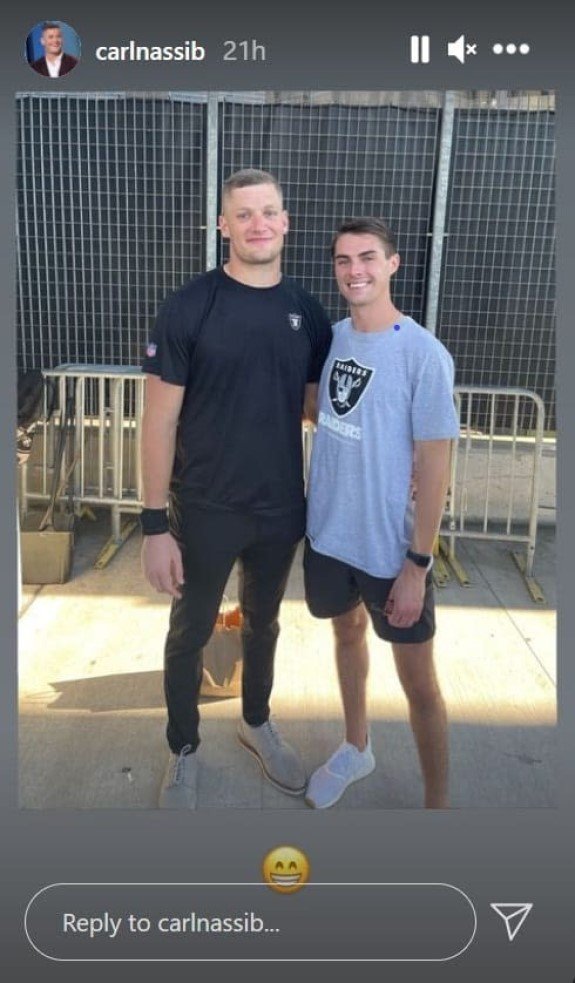 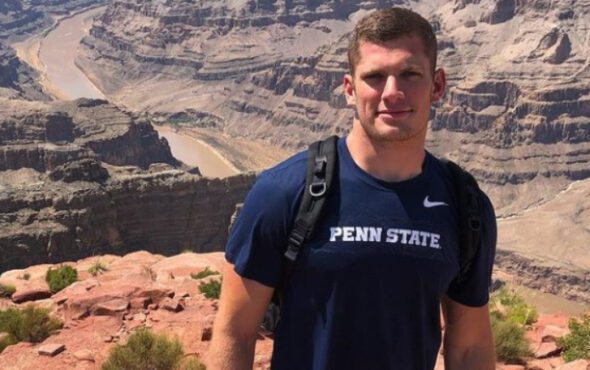 Elsewhere in the podcast, Nassib discussed the factors that led to his groundbreaking coming out announcement.

“I did it because I felt an obligation to the LGBTQ+ community to bring representation – to bring visibility – to a very, very popular industry that doesn’t have a lot of representation,” he explained.

“It wasn’t easy. Personally, for my life, I didn’t want to do it. But I felt a huge obligation to my community – to all the young kids out there who are struggling with their sexuality. If I could help just a few out then I really could sleep better at night.”

Back in June, Nassib took to Instagram to reveal the history-making news and his generous donation of $100,000 to The Trevor Project.

“They’re an incredible organization, they’re the number one suicide-prevention service for LGBTQ youth in America,” said Nassib. “They’re truly doing incredible things. I’m very excited to be a part of it and help in any way that I can and I’m really pumped to see what the future holds.”

Nassib’s star has continued to rise over the last few months. In September, he became the first out player signed to the NFL regular-season roster.

The 28-year-old player is currently signed to the Raiders on a $25 million contract, with $16.75 million of this guaranteed – meaning it is unlikely that he will be cut from the team.

His performance has also been praised this season, with the young talent currently sitting in the fifth spot on the depth chart.