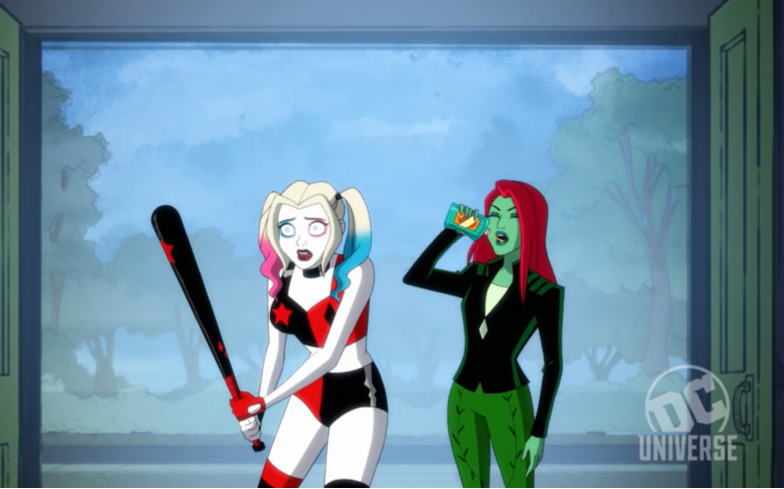 A small moment in the trailer shows the pair holding hands.

Supervillain / anti-hero Harley Quinn is a fan favourite in the LGBTQ community, and not least for her relationship with fellow villain Poison Ivy. And although the cartoon series on the DC Universe streaming service has hinted at their relationship, it hasn’t been explicit with it.

But in the second season, which began airing on Friday (3 April), this is set to change, with a small moment in the trailer showing Harley and Ivy briefly holding hands.

And speaking to Metro, the show’s showrunner, Patrick Schumacker has confirmed that this relationship will be explored. “It will develop more, and it’s definitely going to evolve into, I think, what a lot of people are hoping it will,” he explained.

“What I can say is, we wanted to do it [the gay relationship] – it was always on the table. It’s something that had been done in the comments. It felt interesting to us or felt like, maybe even important to us, to do it.”

He added that their relationship wasn’t explored in the first season as Harley had just gotten out of an “abusive relationship” with the Joker and they felt it wasn’t appropriate to immediately put her straight into another relationship.

Instead they had her focus on her career, but now that’s been built up, the romance can be explored. However, Harley and Ivy’s relationship won’t be plain sailing.

“Harley is not the safe choice,” Patrick said. “Harley is unpredictable and she’s unreliable. She runs off on an adventure at the drop of a hat.”

“During the first season, and much of the second, Ivy is looking for stability. There’s an important episode [coming up] that deals with them, kind of in the fallout of them having to deal with their real feelings of each other.”

He added: “The second season does evolve their relationship, and in quite a meaningful way.”

You can watch the trailer, which sadly does not feature Beyoncé despite King Shark’s hopes, here or below.

Season 2 of Harley Quinn is now available on the DC Universe streaming service.