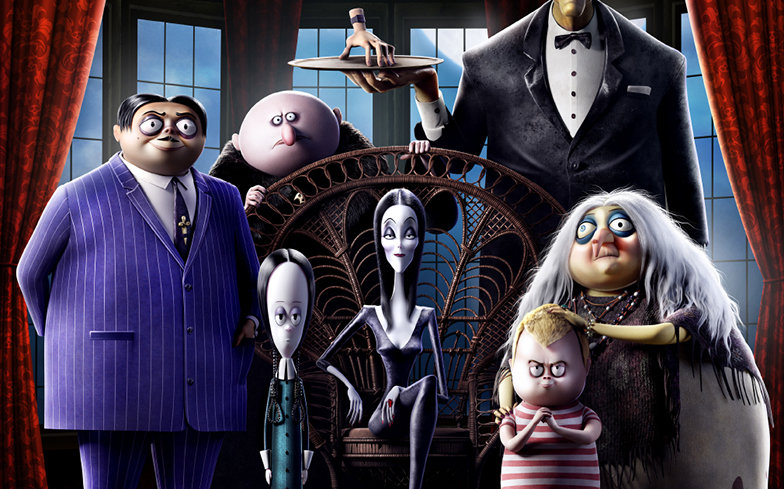 The first trailer for The Addams Family is here, and it features a message of equality.

They may be best known for their appearance in the iconic 90s film series, but Universal Pictures are hoping to re-introduce the Addams Family to a modern generation with a new animated adventure hitting cinemas this Halloween.

“This is an average American family,” a voice says over an illustration of a white heterosexual couple with three children.

“And so is this, and so are these,” the voice continues as more drawings appear of families with disabled children, interracial families, and families with both female and male same-sex parents.

“Every family is different, but some families are more different than others,” the voice concludes, before introducing viewers to a new CGI version of the long-running Addams Family, which began life as a comic in the 1930s.

Queer writer and director Q. Allan Brocka praised the trailer on Twitter, writing: “I just love that LGBTQ families are included as ‘average American families’ in The Addams Family trailer. That’s really all we want.”

I just love that #LGBTQ families are included as "average American families" in The Addams Family trailer. That's really all we want. ❤️🏳️‍🌈pic.twitter.com/e9Chdhw6lG

The Addams Family, which is expected to release on 25 October in the UK, just in time for Halloween, will star the vocal talent of Oscar Isaac, Charlize Theron, Chloë Grace Moretz, Finn Wolfhard, Nick Kroll and Bette Midler.

It will follow the misfit family as they face off against a reality TV host, voiced by Allison Janney.