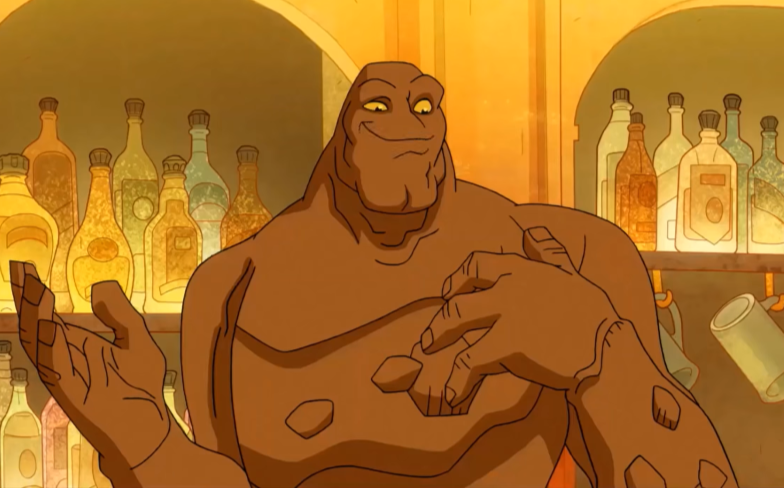 This is on top of the confirmed Harley and Poison Ivy romance we’ve been promised.

The latest series of DC Universe’s Harley Quinn animated series has featured an LGBTQ villain, and it wasn’t Harley or Poison Ivy. Instead, it was another face from Batman’s rogue’s gallery: Clayface.

In the second episode of the latest series, Riddle U, the gang attempt to steal a battery from Gotham University as the lights in their secret lair keep going out. Harley, Poison Ivy and Clayface infiltrate the university in disguises, with Clayface going as a co-ed named Stephanie.

Throughout the episode, it becomes clear that this isn’t Clayface’s first outing as Stephanie, and it’s revealed that Stephanie has a boyfriend, Chad, who Clayface is scared to run into.

Clayface decides against ending up in a committed relationship with Chad, but it’s clear that he’s still carrying a torch for him given his reaction to the text messages that the pair shared.

Depicting Clayface as an LGBTQ villain goes against the usual DC canon, as none of Clayface’s identities in the comics have been depicted as such. However, we’re more than happy for creative liberties to be taken on this occasion.

And this isn’t the only LGBTQ representation that the second season of Harley Quinn will provide, as the showrunner promised to explore the relationship between Harley and Poison Ivy.

“It will develop more, and it’s definitely going to evolve into, I think, what a lot of people are hoping it will,” Patrick Schumacker explained.

“What I can say is, we wanted to do it [the gay relationship] – it was always on the table. It’s something that had been done in the comments. It felt interesting to us or felt like, maybe even important to us, to do it.”

He added that their relationship wasn’t explored in the first season as Harley had just gotten out of an “abusive relationship” with the Joker and they felt it wasn’t appropriate to immediately put her straight into another relationship.