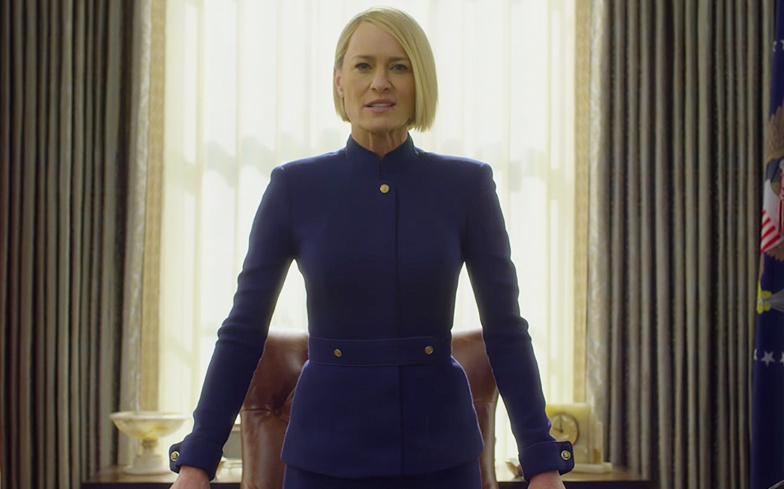 House of Cards fan were given a surprise during last night’s Academy Awards broadcast when a trailer for the hit Netflix show’s final season was unleashed unannounced.

It gives viewers a first glimpse at the sixth series, which will not feature former lead character Frank Underwood, played by Kevin Spacey.

Instead, Claire Underwood – played by Robin Wright – will take command for the final instalment, which will be available to stream later this year.

“We’re just getting started,” she declares from the Oval Office, ushering in a new era.

It was reported that two episodes for the next season of House of Cards had been filmed with Spacey, but production was halted to allow writers to rework scripts to write his character out of the show.

Kevin Spacey was fired from the show last year after allegations of sexual harassment and sexual abuse from numerous alleged victims were brought against him.

Following these accusations, Netflix immediately dropped Spacey from the upcoming sixth season of House of Cards, and confirmed that they’ve pulled the plug on his upcoming movie, Gore.