Netflix’s She-Ra reboot will include a same-sex couple: “They play an integral role” 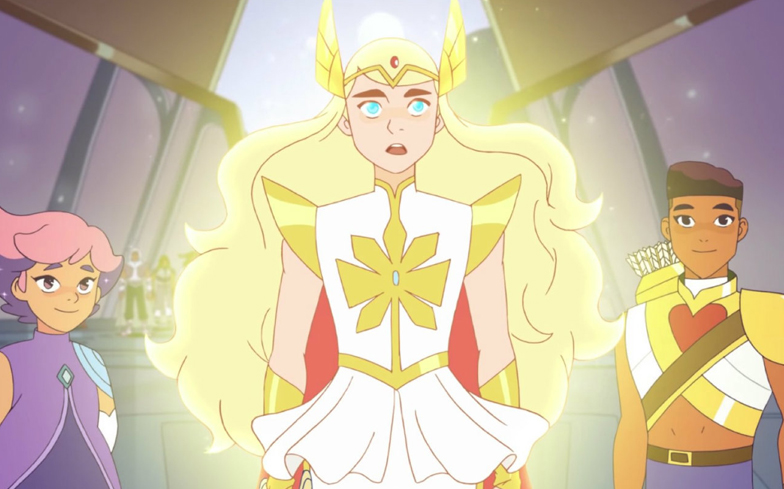 If we weren’t excited enough about Netflix rebooting She-Ra for a new generation, we now have even more reason to celebrate this new reimagining.

It’s been confirmed that the new series – which will be available to stream next month – will feature a couple of LGBTQ characters.

This new reboot has been developed by writer Noelle Stevenson, who appeared on at panel at New York Comic Con this past weekend along with cast members Aimee Carrero (Adora/She-Ra), Karen Fukuhara (Glimmer) and Marcus Scribner (Bow).

However, during a Q&A Carrero accidentally let slip some details ahead of time.

Asked which of the new show’s characters were their favourite, Carrero responded simply with “Bow’s dads”.

During a roundtable later this day with Marcus Scribner (who plays Bow), Screen Rant asked him to elaborate on the roles of these newly-revealed LGBTQ characters.

“This is difficult because it’s a bit of a spoiler, but at the same time I feel like She-Ra really doesn’t shy away from reflecting what’s actually going on in the world around us,” he said.

“It’s not some topical thing that really needs to be discussed, it just is. Bow has two dads. I feel like it just reflects a lot of modern families and things that are going on in the world around us.

“I don’t want to talk too much about their personality types and how they each factor in, because that was a bit of a [New York] Comic Con spoiler alert session, but it’s definitely super cool. … Just know that they play an integral role in a couple scenarios.”

She-Ra originally debuted as a television series in the 1980s, serving as a spin-off to Masters of the Universe.

The show’s central character, Princess Adora, was introduced as the long-lost twin sister of Prince Adam, who you’ll more likely recognise as He-Man.

This new rebooted show – titled She-Ra and the Princesses of Power – will be available to stream on Netflix from 16 November.