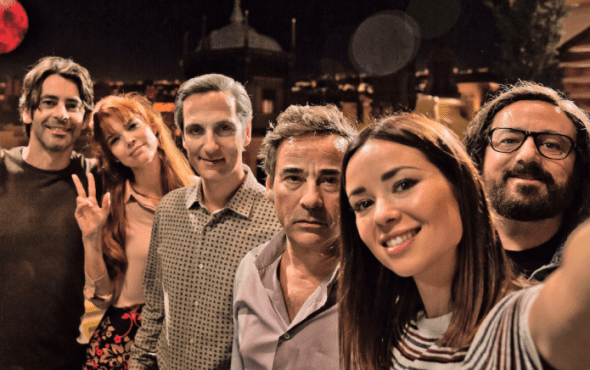 The Arabic remake of Perfect Strangers has been accused of “moral degradation” in the Middle East following its release on the streaming platform.

The Netflix film will mark the 18th remake of the 2016 Italian hit Perfect Strangers.

This Netflix remake follows the lives of seven friends attending a dinner who all agree to play a game that involves sharing all calls, texts and voice messages with one another as they come through on their devices.

According to The Hollywood Reporter, the Netflix Original has faced backlash for its inclusivity of an LGBTQ+ character, its representation of alcohol and mention of sex throughout the film.

One viewer of the film shared his thoughts on the film on Twitter. “I watched the new Arabic film #اصحاب_ولا_اعز (Perfect Strangers) on Netflix.

However, the film was not well received by all viewers and has faced backlash for the subjects it represents. An online user called the Arabic adaption of Perfect Strangers “the height of moral violence” in a social media post.

Translated into Arabic from another post, a user shared the review online: “Netflix continues to promote a certain pattern of their ideas such as homosexuality, infidelity and immorality [….] it has the height of moral violence, an Egyptian / Lebanese / Emirati movie taken from an Italian movie called “Perfect Strangers”.

Similarly, Egyptian lawyer Ayman Mahfouz claimed that the film was a “plot to disrupt Arab society”.

“I’m not for justifying wrongdoings such as homosexuality in a film and making it look like as if it’s something normal,” Mahfouz told The New Arab.

The lawyer also sent a legal notice to the Egyptian Minister of Culture Enas Abdel-Dayem to prevent the public screening of Perfect Strangers.

However, lawyer and gender development consultant Nehad Aboul-Komsan has challenged the criticism facing the movie.

“The film did not include any obscene scenes whatsoever,” she stated during an interview on the Egyptian Al-Kahera Wal Nas channel.

LGBTQ+ users have taken to supporting the film following online homophobia circulating amongst the reviews.

Online users have also voiced support for the movie following its homophobic backlash.

“The Lebanese gays getting out their Arabic keyboards to defend Perfect Strangers and fight Arabs from the Stone Age,” a Twitter user posted with a humorous gif from Family Guy.

Another use used a similar reaction video and voiced support for the community. “Me watching the perfect strangers movie after knowing it pissed off the homophobes and has good LGBT representation,” the tweet read.

You can watch the trailer for the Arabic remake of Perfect Strangers here or below.