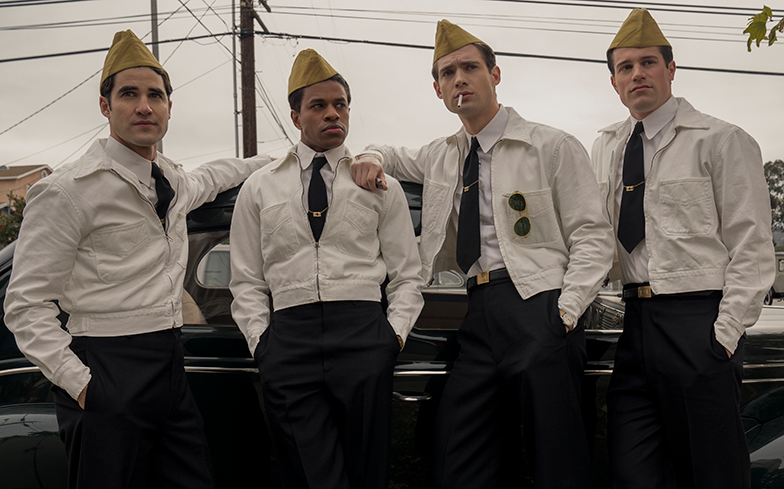 “With the present so fraught and the future uncertain, we turned to the past for direction, uncovering buried history to spin an aspirational tale of what ifs,” said executive producer, writer and director Janet Mock.

Tony-nominated actor Jeremy Pope will make his television debut in the series.

Hollywood will premiere 1 May on Netflix. Check out the first images from the highly-anticipated series below.