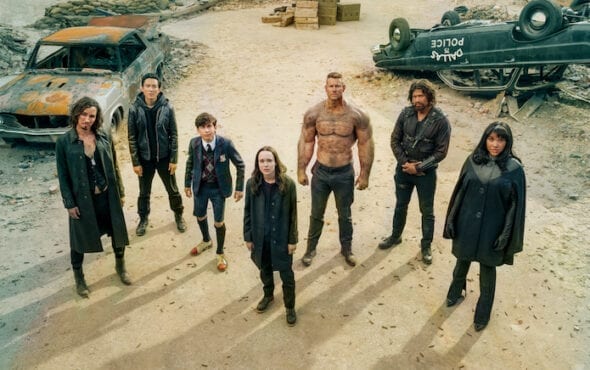 The Hargreeves will return!

The Umbrella Academy has been renewed for a third season at Netflix.

Like its two predecessors, the new instalment will consist of 10 one-hour episodes. Filming begins in February 2021 in Toronto, Canada.

In a recent interview with ComicBook.com, series showrunner Steve Blackman said he doesn’t want The Umbrella Academy to get ahead of the comics, like HBO’s Game of Thrones.

“I am very close with Gerard and Gabriel, so I pitch them the season before I do it, let them know what I’m doing,” he explained.

“They’re very kind and they’re pitching me where they’re going in the next volumes, and you know, the two mediums are sort of crossing over now.

“Sometimes they’re looking at something I do and say, we should put that in the graphic novel, and they’re saying, well, why don’t you do this in the show.”

Blackman continued to say that he has “a good sense of where they’re going, I have an idea of where I want to go, but I don’t want to get ahead of them.”

The first two seasons of The Umbrella Academy are now available to stream on Netflix.