Netflix renews Never Have I Ever for season 3 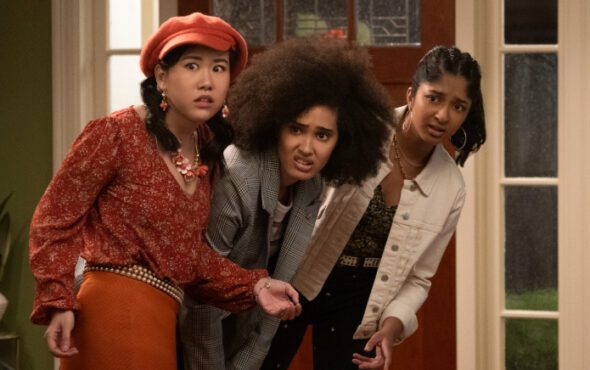 Never Have I Ever will return for a third season at Netflix.

Mindy Kaling and Lang Fisher, co-creators, said in a joint statement via Entertainment Weekly: “We are so grateful to Netflix and Universal Television for letting us continue to tell this story, and to the fans around the world who clamored to see more of this badly behaved Indian teenager.”

The comedy-drama stars Maitreyi Ramakrishnan as Devi, an Indian-American teenager attempting to balance the pressures of her home life, the death of her father and a complicated love triangle.

Lee Rodriguez also plays Fabiola Torres, one of Devi’s best friends, who struggles with her sexuality.

The first two seasons of Never Have I Ever have received acclaim and, according to Netflix, the first has been viewed by 40 million households around the world since its release, making it one of the streamer’s most successful original series.

Kaling, who based the series on her childhood in Boston, was recently confirmed to be teaming up with Amazon Studios for a new Muslim rom-com, adapted from Uzma Jalaluddin’s novel Hana Khan Carries On.

The film will put a modern Muslim spin on classic romantic comedies such as The Shop Around the Corner and You’ve Got Mail as it focuses on two competing Halal shops and the star-crossed lovers that are caught in the crossfire.

Kaling and Jessica Kumai Scott are set to produce under the Kaling International Banner while Sahar Jahani pens the script.

Never Have I Ever is now available to stream worldwide on Netflix.