Netflix renews Dead to Me for third and final season 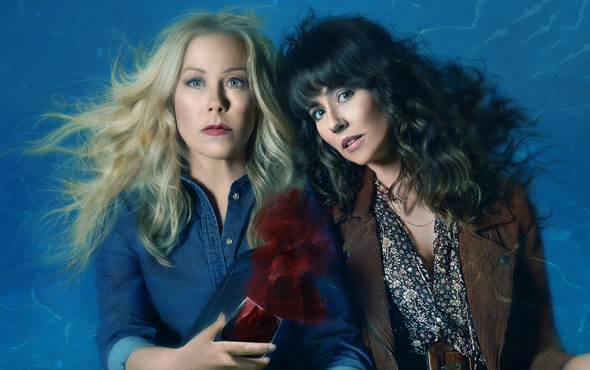 Jen and Judy will return for one last outing.

Dead to Me has been renewed at Netflix for a third and final season.

The streaming service announced the news via Twitter on Monday (6 July). Christina Applegate, Linda Cardellini and James Marsden will reprise their roles, with series creator Liz Feldman returning as executive producer and showrunner.

“From start to finish, Dead To Me is exactly the show I wanted to make, and it’s been an incredible gift,” Feldman said in a statement. “Telling a story sprung from grief and loss has stretched me as an artist and healed me as a human.

“I’ll be forever indebted to my partners in crime, my friends for life, Christina and Linda, and our brilliantly talented writers, cast and crew. I am beyond grateful to Netflix for supporting Dead To Me from day one, and I’m thrilled to continue our collaboration.”

On Twitter, Applegate said she will miss Cardellini and Feldman, but assured fans that the decision was made “to tie up the story of these women” and that they will be returning to work “when it is safe to do so.”

Dead to Me has received universal critical acclaim since its release, with praise aimed at the performances of its three lead stars and the chemistry between Applegate and Cardellini’s beloved characters, Jen and Judy.

The LGBTQ+ storyline in the second season between Judy and Michelle (Natalie Morales) also won significant praise from critics for – in the words of Feldman – “treating a burgeoning relationship between two women like it was totally normal.”

Season two ended on a major cliffhanger when Marsden’s character, Ben, crashed into the side of Jen and Judy’s car after discovering his twin brother, Steve, had been killed – oblivious to the fact that he was murdered by Jen.

“Not only is he maybe going to find out that Jen was responsible for his brother’s death, he’s also guilty of a hit-and-run,” Marsden recently said of the third season. “And [Jen and Judy] were the victims of the hit-and-run.

“And his brother was guilty of a hit-and-run in the first season, so the perversity is – it’s amazing that Liz (Feldman, the show’s creator) can actually have comedy spring from that. It’s a testament to her genius.”

The brilliant Dead To Me has been renewed for a third (and final) season! pic.twitter.com/G526LJAWO0