Netflix releases trailer for the second and final season of Special 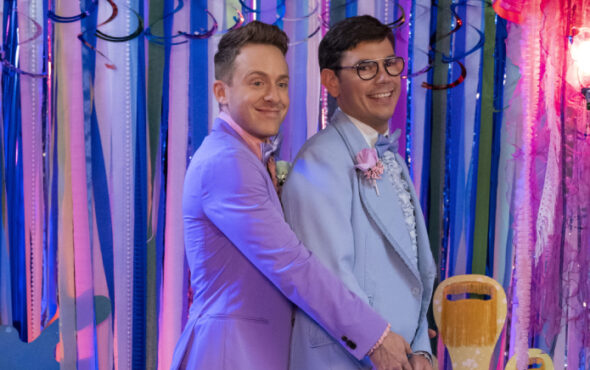 The first official trailer for Special’s second (and final) season has arrived.

The two-minute teaser shows our beloved lead character, Ryan Hayes (played by Ryan O’Connell), attempting to get his life back on track after his explosive argument with his mother Karen (Jessica Hecht) two months prior.

Ryan’s conflict with Karen results in a case of writer’s block, which lands him in “hot water” with his boss Olivia (Marla Mindelle).

“Enter Tanner, a fun, flirty dance instructor who charms Ryan despite not being totally available. When his writer’s block eventually lifts, he’s inspired to write a longform piece about disability,” the season two synopsis reads.

“From there, he begins a journey of self-discovery that creates unexpected complications in his relationship with Tanner.”

Meanwhile, Ryan’s best friend and co-worker at Eggwoke, Kim Laghari (Punan Patel), “lets her guard down” when she meets Harrison (Charlie Barnett), but her jealous tendencies and insecurities threaten to push him away.

The synopsis continues: “Since taking care of Ryan was her life’s purpose until their fight, Karen realizes that she needs to take an active approach to create a fulfilling life for herself – beyond just taking care of her ailing mother.

“Will she be content with continuing to clean up everyone else’s messes, or will Karen be able to lean into her newfound independence and create a life that centers around her own desires for once?”

The second and final season of Special premieres 20 May on Netflix.

Produced by Jim Parsons (The Normal Heart, The Big Bang Theory), the first season of Special received universal acclaim upon release and was nominated for three Emmy Awards – including Outstanding Short Form Comedy or Drama Series.

The comedy series is based on creator and star O’Connell’s part-memoir, part manifesto I’m Special: And Other Lies We Tell Ourselves, and follows a gay man living with mild cerebral palsy who decides to go after the life he wants.

Following news of Special’s cancellation earlier this year, O’Connell thanked viewers and Netflix for “allowing me to make exactly the show I wanted to make and for giving me 30-minute episodes to finish the story.”

“Creating this show has been the highlight of my g-damn life,” he said.

You can watch the first official trailer for Special season two here or below.