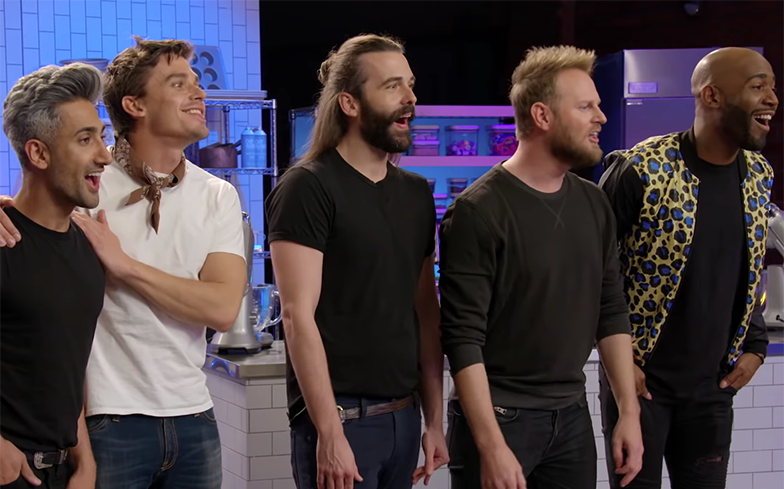 The Fab Five joined Nicole Byer and Jacques Torres for a crossover of epic proportions.

Netflix are just swell aren’t they? They treated us to a second season of Queer Eye only six months after their critically-acclaimed first outing, and then did the same for their hit baking show Nailed It, which features some of the most hilarious (and often terrifying) baking fails you’ll ever see.

Now, they’ve blessed us seven-minute crossover, and it’s just epic honey. We see the likes of Jonathan Van Ness, Nicole Byer, Karamo Brown and Jacques Torres interact with each other, and it’s everything we never knew we needed.

Antoni joins Nicole and Jacques as a guest-judge because of his experience in the kitchen, while the other four attempt to recreate themselves on a cupcake.

Last month, we caught up with Nicole Byer to talk about the show’s success, being a woman in comedy, and her affinity with the LGBTQ community.

“I don’t identify as straight,” she told us. “You know Samantha Jones from Sex and the City? She once said she was try-sexual, so she’d try anything once. That’s me. I identify as a person who just loves.”

“I went to musical theatre school and I was constantly surrounded by gay men, and all my best friends in high school were closeted but I just knew they were gay and that when they came out we’d be each others’ support. So I’ve just been surrounded by it my whole life, really.”