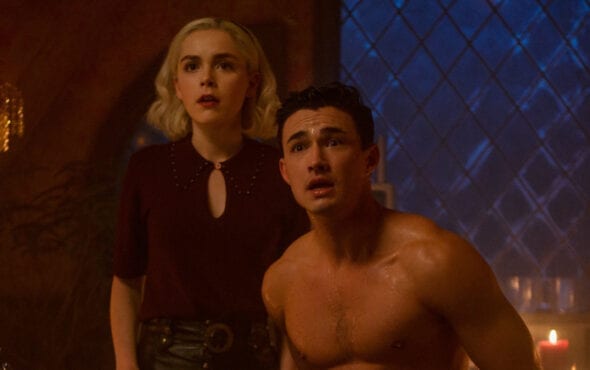 “We are very sorry for the hurt and distress it caused.”

Netflix have issued an apology over their controversial tweet about Chilling Adventures of Sabrina.

On Sunday (10 January), the Twitter account for the supernatural series made reference to the 1972 massacre in Derry, Northern Ireland, which saw British troops kill 14 unarmed protestors.

“Sunday bloody Sunday,” the tweet read, alongside four pictures of the main cast members splattered in blood, including Kiernan Shipka, who plays the title character.

The caption also doubled as the title of Irish rock band U2’s protest song, released in 1983, which details the horrors of the Troubles in Northern Ireland.

“Maybe not your best tweet. Probably best to take this one down and reupload the pictures without the reference to civilian massacres,” replied one user.

Another wrote: “This tweet is grim and you should delete and read a history book.”

After the tweet was deleted, a spokesperson released the following statement: “Our tweet was unacceptable and has since been removed. We are very sorry for the hurt and distress it caused.”

Chilling Adventures of Sabrina came to an end earlier this month with its fourth season (or ‘part’), following its shock cancellation by the streaming service last year.

“Working on Sabrina has been an incredible honour from day one. The cast, beginning with Kiernan as everyone’s favourite teen witch, has been an absolute joy,” said showrunner Roberto Aguirre-Sacasa.

He went on to thank the entire crew for “pouring so much love into this dark dream of a show.”

The statement reads: “We are petitioning to bring this back after it’s unfair cancellation and ask that it be renewed for a 5th season. The show is extremely loved by fans and we hope this petition can bring the show back from the dead.”

All four seasons of Chilling Adventures of Sabrina are now available to stream on Netflix – watch the action-packed trailer for the final part here or below.