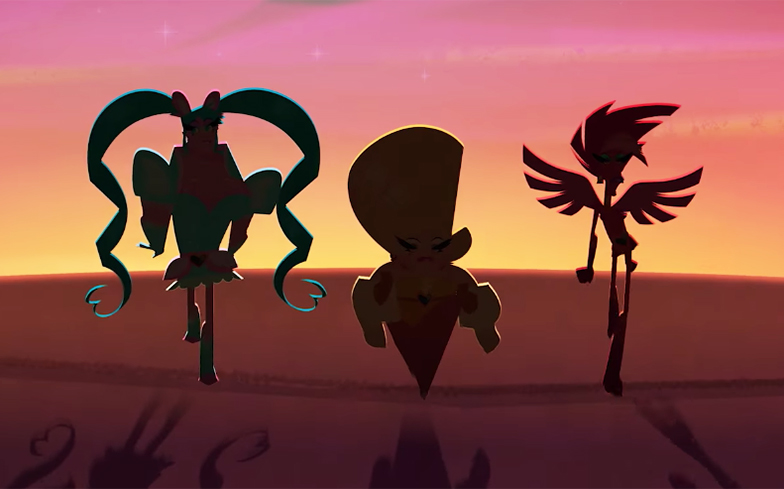 It’s time to drag up your life, binge watchers.

Netflix have released a first-look trailer for a brand new animated series called Super Drags, which follows three drag queen superheroes as they fight evil and look damn good while doing it.

“During the day, they work in a department store and deal with their uptight bitchy boss,” reads the official description.

“By night, they tighten up their corsets and transform into the baddest SUPER DRAGS in town, ready to combat shade and rescue the world’s glitter from the evil villains. Get ready, because the SUPER DRAGS are going deeper than you think.”

According to Brazilian pop culture website CosmoNerd, the series is created by Anderson Mahanski, Fernando Mendonça and Paulo Lescaut, and is scheduled to release during the second half of 2018.

“We are thrilled that our first Brazilian animation will present our audiences with the daring, scandalous and fabulous world of Super Drags,” said Chis Sanagustin, Netflix’s Director of Original International Content.