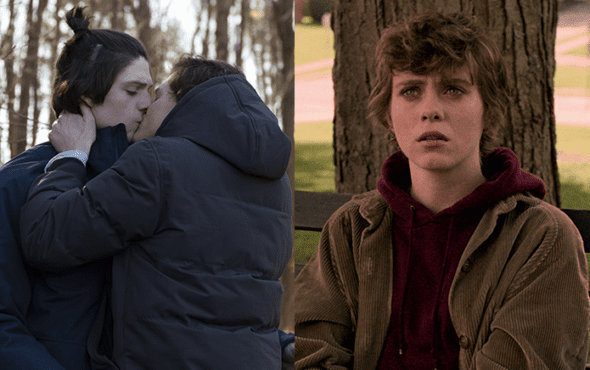 Netflix has cancelled The Society and I Am Not Okay With This due to “complications” created by the coronavirus.

The Society was initially renewed for a second run on the streaming service last year following highly positive reviews and a devoted fanbase. The mystery series follows a group of teens who create their own community after the adults vanish from the town without a trace.

There was no official renewal for I Am Not Okay With This, but according to Deadline, the coming-of-drama was “quietly picked up for a second season” and it was fully expected to resume production as “scripts were written”.

The series received universal critical acclaim for the subversive supernatural elements and lead performance of Sharp Objects star Sophia Lillis, who played an awkward teenager struggling to come to terms with her sexuality and newfound superpowers.

“We’ve made the difficult decision not to move forward with second seasons of The Society and I Am Not Okay With This,” Netflix told Deadline.

“We’re disappointed to have to make these decisions due to circumstances created by COVID, and we are grateful to these creators, including: Jonathan Entwistle, Christy Hall, Shawn Levy, Dan Levine, Dan Cohen and Josh Barry at 21 Laps Entertainment for I Am Not Okay With This; Chris Keyser, Marc Webb and Pavlina Hatoupis for The Society; and all the writers, casts and crews who worked tirelessly to make these shows for our members around the world.”

Keyser, creator of The Society, told Variety: “We spent the last bunch of months getting ready to go back again, dealing with all the COVID protocols.

“And then I got a call from Netflix saying, ‘We have made this decision.’ It was obviously pretty upsetting. I can’t pretend I’m surprised. I know we had many months of conversations about the challenges of producing in this environment.”

Keyser said he planned for the series to last five seasons, but noted Netflix’s recent pattern of abruptly cancelling shows, adding: “Anyone who’s on Netflix knows the chances of five seasons are diminishing, unless you have ratings of a certain type.

“And we certainly didn’t have ‘Stranger Things’ ratings, so I was not expecting that we would exist for that long.”

Chilling Adventures of Sabrina was cancelled by the streaming service in June – its fourth and final season slash ‘part’ will premiere later this year. Dead to Me will also come to an end with its third season.

Related: 42 of the best LGBTQ+ shows you can watch right now on Netflix.