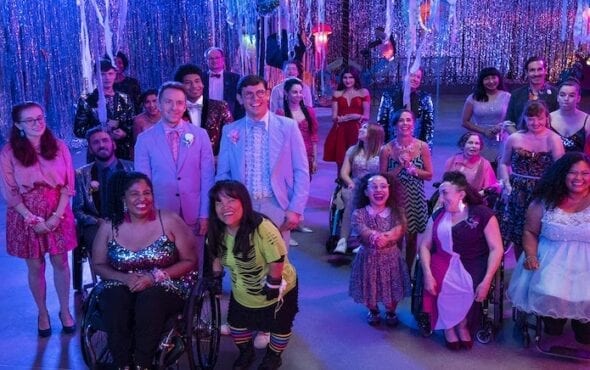 Ryan O’Connell’s hit Netflix series, Special, is set to return for a second and final season.

Special is back and will be bigger than ever! Based on O’Connell’s memoir, I’m Special: And Other Lies We Tell Ourselves, the hit Netflix series follows a gay man living with mild cerebral palsy who decides to rewrite his identity and pursue the life he has always wanted.

Picking up from last season, the new episodes will expand into a 30 minutes comedy that will dig deep into the lives of fan-favourite characters.

Season two of Special follows Ryan (Ryan O’Connell) getting his life back on track. The new episodes will watch Ryan juggle self-discovery alongside his relationship with Tanner (Max Jenkins).

Ryan’s close friend and co-worker, Kim, gets wrapped up in romance and strives to take control of her personal life once again. Meanwhile, Karen, Ryan’s mum, seeks out to rebuild bridges with her son and give him the independence he needs.

In season two, we’ll watch our favourite characters become stronger versions of themselves – it’s the hectic grand finale we’ve been waiting for.

Netflix has confirmed that Ryan O’Connell will be back as the creator and executive producer along with Jim Parsons, Eric Norsoph, Todd Spiewak, and Anna Dokoza.

Jessica Hecht and Punam Patel will both be returning as their previous characters (Karen and Kim) and will be sticking around season two as series regulars.

With Special comes to an end, series creator O’Connell reflected on the journey the show has taken.

“After two seasons, Special is sadly coming to an end. Thank you to the fans and Netflix for allowing me to make exactly the show I wanted to make and for giving me 30-minute episodes to finish the story. Creating this show has been the highlight of my g-damn life,” he said.

The second and final season of Special will premiere on Netflix on May 20th and will include a batch of 8 episodes.

You can watch the mini trailer for season two of Special here or below:

Spring is going to be extra SPECIAL this year – the second and final season of the groundbreaking show arrives on Netflix May 20. *dances is gay* pic.twitter.com/FeiGrbKu8V