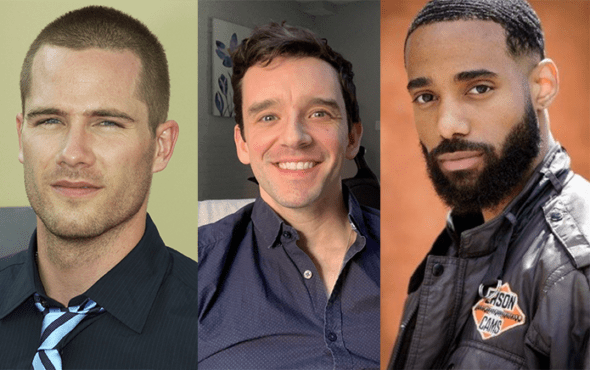 A gay holiday-themed rom-com is making its way to Netflix and it will be directed by Michael Mayer.

In the last few years, Netflix has been stepping up its game with LGBTQ+ representation across film and TV shows.

With breakout hits like Schitt’s Creek, Atypical, and The Politician, there’s no surprise Netflix is jumping on the LGBTQ+ bandwagon.

If the excitement around last year’s lesbian rom-com Happiest Season taught is anything, it’s that fans are more than ready for soppy romance movies.

The new project, Single All the Way, will include an incredible cast with Michael Urie, Philemon Chambers and Luke MacFarlane taking lead roles.

In true rom-com style, Single All the Way sets up viewers for a classic plotline. Desperate to escape questions and judgement on his dating life, Peter plots with his best friend to pretend they are in a relationship over the holidays. Things take an unexpected turn when Peter’s mother sets him up on a blind date with her handsome trainer James (MacFarlane).

Michael Urie, Philemon Chambers, Luke Macfarlane will star in Single All The Way — a holiday rom-com about Peter, a perpetually single man whose best friend poses as his boyfriend just as his mom sets him up on an incredible blind date with her handsome trainer 💞 pic.twitter.com/YPVnelV1kG

“What I love most about this hysterical, moving project is that it is simply a genuine holiday romantic comedy that explores friendship and love between gay men,” producer Joe S. Rice told Variety.

Urie is known for his portrayal of Marc St. James in the hit  ABC series Ugly Betty and has featured in later projects such as Lifetime’s Younger.

Chambers previously starred in the moving film Of Hearts and Castles. While it isn’t a gay film, it is set to show at the 35th edition of BFI Flare: London LGBTIQ+ Film Festival this year.

MacFarlane starred in the American family drama Brothers & Sisters and a plethora of rom-com Christmas movies.

Single All the Way will be added to Netflix’s roster of upcoming family-friendly Christmas line up which includes A Castle for Christmas, The Princess Switch 3, and A Boy Called Christmas.