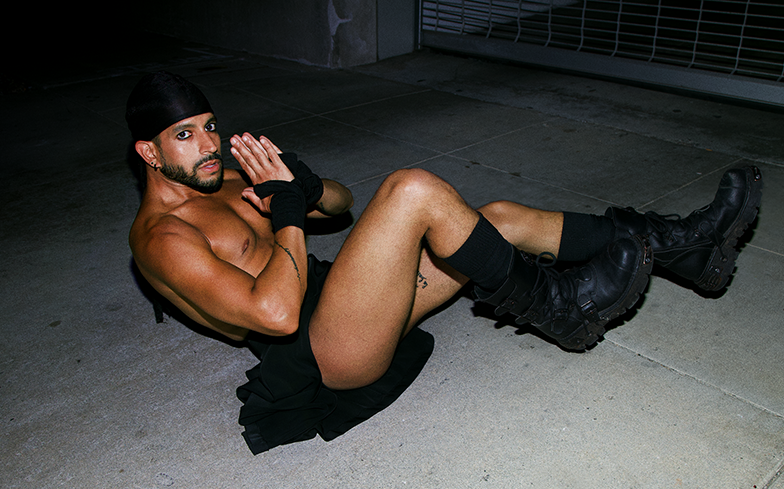 NEO 10Y has released their most powerful song and video yet.

The British singer-songwriter first became a viral sensation in 2016 with their controversial three-part music video for The Kid That Killed Tr*mp, which depicted them having sex with a man in a Donald Trump mask before setting them on fire.

Three years on and several hundred death threats later, NEO 10Y – birth name Nik Thakkar – has made their stamp on the music industry with millions of streams for their dark-pop anthems and countless protests on the BBC and National Geographic.

Politics has been a recurring theme throughout their work, and their latest single Stan Yourself is no exception. This time however, NEO 10Y is urging fans to “break the simulation” and “stan” themselves, because what’s more political than self-love?

“This song is designed for everyone,” they said of the song. “Music media and playlisting has become so segregated by genre and sexuality that we are forgetting the entire purpose of songs that actually transcend these boundaries.

“Stan Yourself is one of these songs. It’s the most meaningful song I have ever written and I am grateful that it is my track. Vocally, lyrically and sonically it is the essence of my soul and being.”

Watch the incredible video for Stan Yourself below.

When we spoke to NEO 10Y last year, they explained why it was important for them to incorporate politics into their art.

“I think we are at a crucial time for humanity, a tipping point and there is a distinct right and wrong side of history,” they said. “For us to choose love, those of us with voices need to use them to speak up, otherwise there is no point in us having platforms.