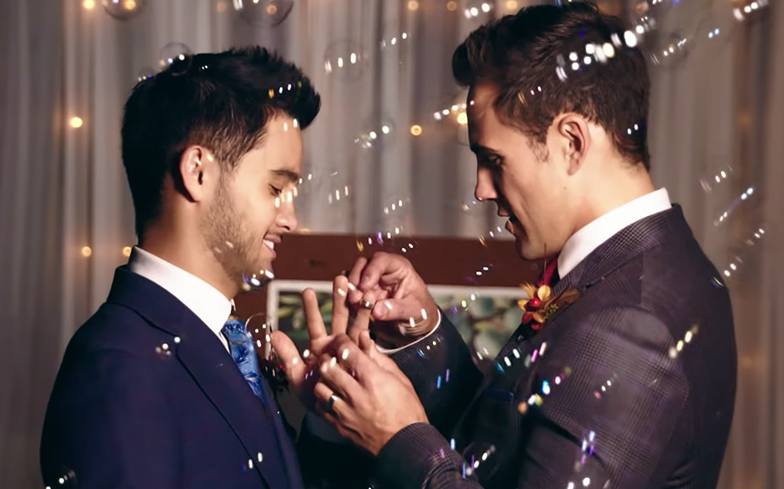 Neighbours is about to air its first ever same-sex wedding!

The iconic Aussie soap has long provided representation for the gay community, most recently with fan favourite couple Aaron Brennan (Matt Wilson) and David Tanaka (Takaya Honda), who are set to finally tie the knot next month.

In a recent episode, longtime Ramsay Street resident Aaron proposed to on-off boyfriend David after organising a spontaneous trip to the beach – and it was totally adorable. Speaking about their on-screen wedding, David explained: “It is an absolute privilege to be a part of what is and will be a historic moment in Australian television.

“There have been so many parts of David’s story that have given me a great sense of pride and which have been an absolute honour to portray; from discovering Paul was his dad, to his coming out to now marrying the man of his dreams in what will be the first legal gay wedding on a drama.”

Matt added: “We are both ecstatic to be part of this huge moment in Australian television, and it stands alone as the highlight of my career. This story means a lot to me, my friends and to all the fans we hear from on a daily basis here and in the UK who love Aaron and David.”

You can catch the episode in question when it airs on Channel 5 in the UK in early September – even better, LGBTQ activist and Kath & Kim actress Magda Szubanski will make a cameo to officiate the ceremony.