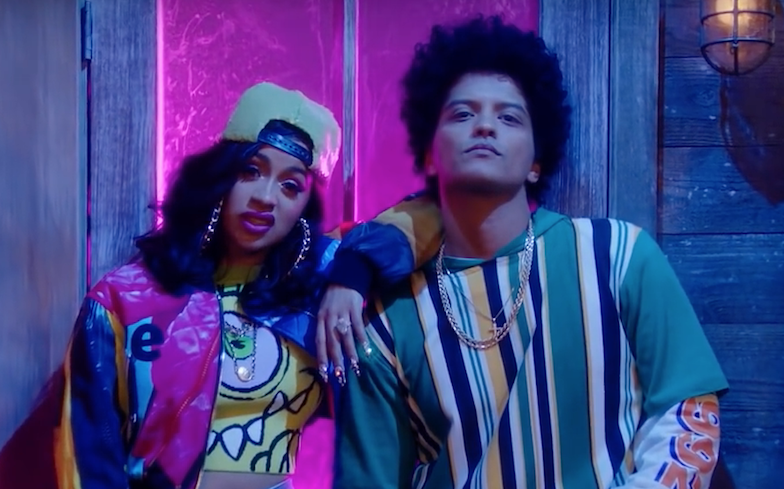 The video for the R&B/funk jam pays homage to the opening theme of the American sketch comedy television series, In Living Color.

The last few months for Cardi B have been killer. First, she topped the Billboard Hot 100 with her debut single – Bodak Yellow – becoming the first female rapper to top the chart with a solo song since Lauryn Hill’s Doo Wop (That Thing) in 1998.

Then, she became the first female rapper to have her first three hits simultaneously chart within the top ten of the Billboard Hot 100, so yeah, she’s having a pretty good time atm.

Her discography will most likely land another top ten hit soon, because she’s collaborated with one of the biggest stars on the planet – Bruno Mars – for the remix of his R&B/funk jam Finesse.

Finesse is Mars’ fourth single from his third studio album, 24k Magic, and we’re certain the music video will propel the song to the top of the charts. We say this with full confidence because the track has already topped US iTunes…

The music video is a total 90s throwback, paying homage to the opening theme of American sketch comedy series, In Living Color. We’re also getting serious TLC/Fresh Prince of Bel Air vibes from this, and we’re obsessed.