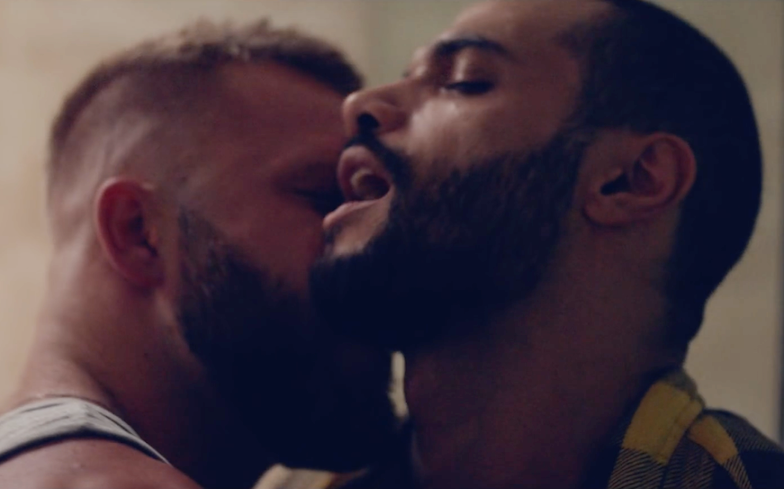 American dancer Donald Romain tries to get the attention of a hunky party-goer with some racy, high-energy dance numbers.

Jake Wilson went viral back in July with his remake of Dua Lipa’s widely-acclaimed video for New Rules. His video switched gender roles and had several (shirtless) muscle men console Wilson as they lip-synced to one of 2017’s biggest pop anthems, breaking the internet in the process. 11 million views – like, c’mon?

The LA based writer/director has released another soon-to-be-viral ‘boy version’ of a pop video, and this time, it’s for Hayley Kiyoko’s newly-released track Curious.

Kiyoko’s video sees the star embarking on several, high-energy dance routines as she attempts to woo a female party-goer, concluding with the two kissing in the bathroom…

Romain is an abs-olute hunk, and the guy he tries to woo is also VERY easy on the eyes… Watch below!

No need to thank us… All we’ve done is introduce you to a scorching hot video and a certified pop banger, no biggie.

While you’re at it, watch Hayley Kiyoko’s original video for Curious below.