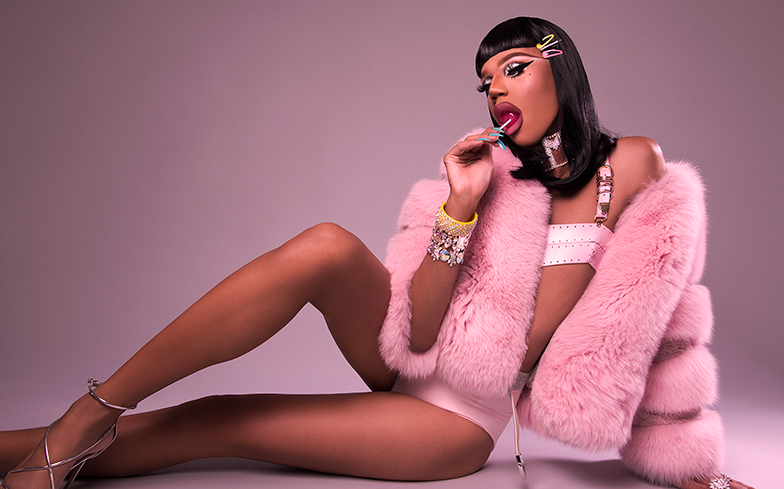 “I hope that more people, instead of getting scared of what the fans are gonna think, will just do what their gut tells them to do.”

After achieving runner-up status on the eighth season of RuPaul’s Drag Race, leg-endary performer Naomi Smalls made her long-awaited comeback on the fourth instalment of All Stars and left the competition as… a runner-up, again.

She may not have taken home the crown, but who gives a fuck? The California-born entertainter provided fans with some of the most iconic moments in Drag Race HERstory with her runways, show-stopping lip syncs (Adrenaline, Come Rain or Shine) and her gag-worthy decision to send home frontrunner, Manila Luzon.

“I didn’t think there was gonna be any backlash from it,” she tells us over the phone. “I hope that more people, instead of getting scared of what the fans are gonna think, will just do what their gut tells them to do.”

It may have been a controversial move to send home the strongest competitor, but there’s no denying that Naomi Smalls changed the game. In celebration of her sickening appearance on All Stars, we caught up with the star to discuss her time on the series, how we can tackle the on-going race issue within the fandom, and which season 11 queen will “change drag”.

Hi Naomi! How does it feel knowing that you’ve provided RPDR fans with some of the most iconic moments in HERstory?
Oh it feels great! It’s really crazy that I was a kid watching Drag Race and now, not only do I get to compete on the show, but I get to do it twice, and make some moments that will hopefully go down in Drag Race history forever. It’s amazing, and I would do it again. I would do it all over again.

You were waiting months for the world to see this gag-worthy moment. Was the reaction better or worse than you imagined it to be?
It’s interesting because when I was competing on All Stars and I made that decision to send Manila home, I didn’t think there was gonna be any backlash from it. But I wasn’t necessarily thinking about the fans or backlash when competing, and I hope that more people, instead of getting scared of what the fans are gonna think, will just do what their gut tells them to do. My goal was to win Drag Race and I had a relationship with Latrice where I figured if I was in the bottom the next week, she’d save me. I didn’t necessarily have that with Manila, and I don’t regret it at all.

In some ways, it was a breath of fresh air. It feels like queens are really concerned with how they’re perceived on social media, so they’ll make decisions that will appease the fans.
I definitely do care what people think about me, but at the end of the day, I can take all the negative critiques about something like that. I’m not a vicious person, and the people who I care about, they care about me.

There were a lot of racist comments from ‘fans’, which has been an ongoing issue with the show over the past few years. How do you think we can tackle this?
I think that it would be fabulous if Drag Race addressed this as part of the show. Unfortunately, the show has such a young fanbase, that I don’t know if they are super aware that it’s not okay. People who grow up with older siblings have a much more mature outlook, and know that it’s definitely not something you inflict on another human being. Maybe it would be nice if Drag Race could incorporate something like that on the show.

Do you feel like queens, especially the ones with massive platforms, should speak up about these issues?
Yeah, because Drag Race is the number one outlook on why these people are leaving comments like that on contestants’ profiles. It would be nice for them to help join the fight in comments like that. And both Monet and Trinity were crowned – how gagged were you?
I was there and I did not remember ever having a tie ending… I think that’s pretty clear with how the edit went. But yeah, I think it’s great. They both achieved what they came to do, and if RuPaul’s Drag Race has the budget to crown two, then more power to them.

Why do you think they ended up crowning two?
I have talked with fans and some of the girls on the show, and I just don’t think they knew what decision they were gonna make at the time. A lot of people watching the show have said that they thought they both performed at the same level, and apparently that’s how they thought it should go too. I love both of them, I totally thought that they were gonna crown me on the runway. But RuPaul was like, obsessed with Trinity. I for sure thought that she was gonna take the crown, but it’s great that they both did.

As well as providing us with some of the most gag-worthy moments, you also gave us some sickening lewks this season.
Oh thank you! That was my favourite part of the show for sure. Every week I was there, the huge fire underneath my ass was that I got to wear my finale gown. I needed that to wear that purple moment for sure.

And I need to talk about that Adrenaline lip sync… You defied gravity.
It’s weird because it’s something that only Adrenaline can bring out of me. If you asked me to do it right now, I couldn’t do it. But for some reason, when I’m in heels and on stage and in front of an audience, I get to like… defy gravity. When I’m on stage, I blackout. I just have so much fun and I’m so distracted by the audience and trying to get in tune with my body. Maybe one day on the Werq the World tour, I’ll fall on my butt. But that’s even more reason to go buy tickets. Everyone wants to see someone fall on their ass right? Also this season, you were seen as the ‘robbed queen’ by fans. Would you prefer to have the robbed queen status like Shangela or to, well, win?
For me, I’m a very competitive person. The only reason that I went back to All Stars was to win, not to necessarily prove that I had better runways or that I had a budget, or to show that I wasn’t a mean person. My main reason was to win, so I would’ve loved to win, but at the same time, I knew when we were filming how the production was going, and I had a feeling that this was not gonna be my time. I don’t think they necessarily expected it to be my time, or that I was going to perform so well. Instead of letting that bum me out, I took it as, ‘Whatever, I’m here to do exactly what I wanna do and you guys can just film.’

Do you feel like there was a storyline planned for you?
I don’t know if there’s necessarily a huge huge plan, but you can start to really see how things are going with what critiques are being said, keywords that you look out for… I don’t know if my performance, doing so well, was an expectation, but I didn’t let that affect me.

The show has had the same All Stars format for the past three seasons – would you like it to stay the same or to spice things up a little bit?
I would love for All Stars to keep the same format if the contestants are actually going to play the game. I would love to see it. Even just a little taste of seeing myself play the game this season was a lot more entertaining television. At the end of the day, we’re really there to make reality television.

Are you rooting for anyone in particular on season 11?
This is going to be the first season I watch that I don’t really know many spoilers, and I’m super excited as a fan of the show. So far, from watching the Meet the Queens and the Build interview, I really enjoy Yvie Oddly. I think that she’s going to change drag in the same way that Sharon and Adore changed drag. She’s very punk rock and I really like the way her brain works and what I’ve seen of her.

She’s one of my top picks along with Plastique.
Oh my god Plastique! Plastique makes me not wanna do drag anymore. I will never maintain that level of beauty, and it’s just so frustrating. I’ve seen that bitch flip into a split and a death drop, so she’s definitely one to watch out for.

But then again, you don’t need to do all of those things to kill a lip sync. You’re an example of that. Adrenaline… Come Rain or Shine…
Well thank you! Performing is for sure my passion. I love fashion, I love runways, but at the end of the day, I’m a drag queen and being on stage is my favourite part. Being on this Werq the World Tour has been so fun, because imagination is really your only limit. Production and the level of passion on stage is an amazing thing to be a part of.

Will we see you perform Pose on the Werq the World Tour?
You’ll definitely see my ass on stage posing a lot. With this last tour, we got to throw Pose in there, so get your shoulders back and your hips forward, and pose.

Can we expect more music from you soon?
Yeah! I would love to dive into more music. Lately I’ve been obsessed with Robyn’s new album Honey. The underground, housey beats on that whole album have really inspired me to work more with Cameron Traxxx and my musical team.

What can we expect from you over the next year?
What I’m working on right now is my YouTube docu-series Smalls World. I had so much fun creating season one and it’s really helped me fall back in love with drag. I wanna transport that to an on-stage experience and so it will have a lot of visuals, narrating, but also broken up with numbers for the audience, maybe referencing my Adrenaline lip sync or even Pose, Come Rain or Come Shine… Just to really get it on stage and make more of an art piece!

The Werq the World Tour will travel Europe 1 April until 19 May. You can purchase tickets here.