Namibia on path to decriminalise homosexuality by end of 2021 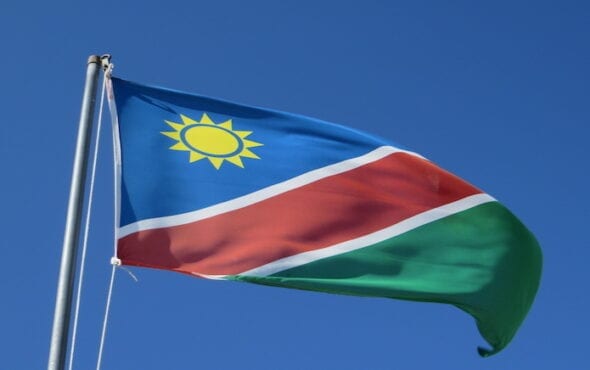 Proposals to scrap Namibia’s sodomy law is being considered to ensure the LGBTQ+ community feel accepted and “comfortable” in society.

Namibia’s Minister of Justice, Yvonne Dausab, stated she would be submitting two reports, assembled by the Law Reform and Development Committee (LRDC), to the justice ministry.

The proposals called for “the abolishment of 34 obsolete laws, including the law criminalising sex between consenting adult men”, as reported by local outlet Windhoek Observer

“No Namibian should be comfortable with any part of our society feeling either they are second class citizens, that they are being excluded, or stigmatised and discriminated against either on the basis of their sexual orientation, or the basis of their disability, or status in a particular society,” said Namibia’s Minister of Justice on May 17.

The second of the two reports calls for repeal of Namibia’s sodomy and unnatural sexual offences laws which contribute to “unconstitutional discrimination”.

Moreover, the compiled report suggests the law reduces gay men to “criminals”. While arrests and persecution under the law are rare, the existence of the legislation stands to promote a culture of sexuality-based fear.

The LRDC has also warned the sodomy has led to the reinforcement of damaging regulation impacting the gay community such as banning the use of condoms in prisons.

“Their [sodomy law] very existence violates the fundamental rights of the individuals who could be affected, as well as creating and reinforcing a culture of homophobia and intolerance against LGBTQ people,” the report reads.

“The continued existence of this law cannot be justified,” the report notes, adding that it “interferes with the constitutional and international law rights of individuals in Namibia”.

The question of legalising same-sex marriage was also raised in the reports as a historic trial is expected to take place before the High Court this month.

Equal rights have long been a pressing issue for the Namibian LGBTQ+ community which Dausab has acknowledged.

“We are having this conversation. Homophobia, transphobia, any phobic tendencies are not state-sanctioned,” the minister said. “But we must allow people to have their own views. What we should not allow is that there is any active or passive discrimination against any segment of our society. I don’t think that is what we intend to do.”

Namibia Diverse Women’s Association (NDWA) have called out the systemic biphobia, homophobia, intersexism and transphobia in Namibia which they believed jeopardises the protection of LGBTQ+ community rights and their access to facilities.

“Today (17 May 2021) should be a reminder to us all not to degrade and dehumanise members of the Namibian society based on their sexual and diverse orientations,” the statement reads.

“The Namibian LGBTI community continues to struggle pto overcome the lack of enabling legislative frameworks, inclusive service delivery and the protection of rights with full justice that serves all Namibians,” NDWA said in a press statement.

I think there is an obligation on our courts to go in the direction that I think particularly the LGBTQ community feels they have been heard and listened to. Of course, we have no control over that process, we have to allow it to complete itself,” the minister said.

Dausab will present the two reports to her Justice cabinet in the next few weeks for consideration.