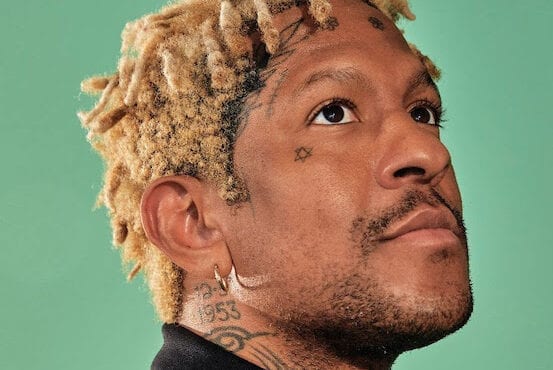 Following the release of Free Ride last month, Mykki Blanco has announced they will be releasing a mini-album and a new single.

Speaking on the song, Mykki shared what the new music is about.“Love Me is essentially about so many forms of love, patience, trust, time. It is about the potion that is created when you sift through the ingredients that create “love”, the alchemy we as human beings take part in to convey these feelings deep inside of us,” they said in a statement.

“Jamila really comprises a lot of elements creatively that I just find awesome. Her soothing, soulful and folkloric voice is reminiscent of great musicians like Janis Ian or Joni Mitchell.  I was completely drawn into Jamila’s leaning towards crafting songs with strong lyricism, poetry and themes exploring self-love, intimacy, Black pride, power and vulnerability, so I approached her about working with me and sent her the instrumental for Love Me.

“She made my lyrics her own and created a hazy, cozy, mystical vibe to the production that really planted the seeds of what Love Me became. Months later I asked my little brother Jaycue (yes, my real brother), to join in on the song. His section of the song he wrote himself and he poured himself into it, heart and soul.

“That day working with my brother impressed me so much because it was like seeing my own creativity, our family bond, his intense creative force just all coming together and it was extremely emotional for me and it really cemented for me what Love Me is about.”

I’m super happy to share a new song that’s close to my heart “Love Me”. I have admired @jamilawoods as a songwriter, poet and vocalist for many years now. The chance to collaborate with her on this song was a gift upon gifts! https://t.co/PaijN2pCYe

Love Me’s producer, Fisher added: “Mykki and I were roommates in Chicago in 2006 and best friends since. They literally spotted me on the sidewalk one day, decided we should be friends and my life hasn’t been the same since.

“I followed them to NYC in 2008, where they introduced me to club music and we eventually started a band together. Ever since that band ended we have been trying to collaborate on a Mykki Blanco track. Love Me really is the culmination of so much history for us.”