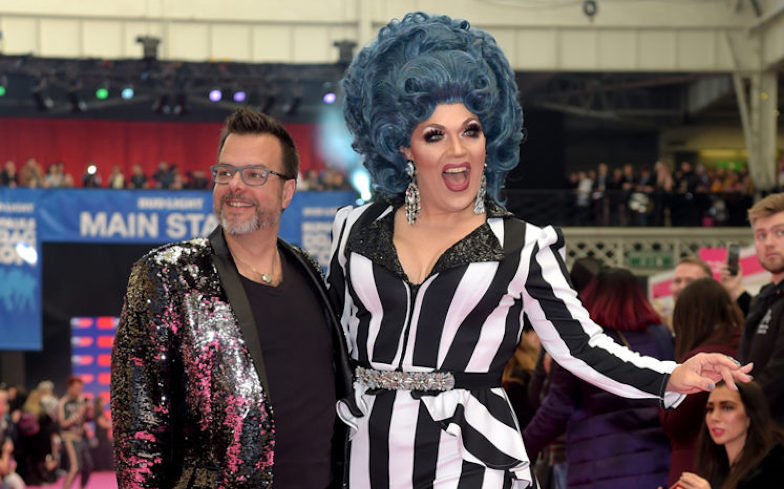 “I wanted to have children and a family. I was told did you can’t have those things being gay.”

Mrs Kasha Davis has spoken about her experiences as a parent and world-famous drag queen.

The legendary star, who rose to fame on the seventh season of RuPaul’s Drag Race, sat down with Lotte Jeffs and Stu Oakley for the latest episode of Some Families – the UK’s first ever LGBTQ+ parenting podcast series.

During their discussion, Kasha admits that she was conditioned to believe that queer people couldn’t “have a life out of the closet” in the way she “wanted to have a life,” such as having children and a family.

Kasha explains: “I grew up depressed where there was no gay marriage. So when Steven [Mrs Kasha Davis’ husband] told me I was over the moon, I couldn’t wait to get to the mall and spoil them.”

To her disappointment, Kasha’s family wasn’t portrayed during her Drag Race stint. In Untucked, she received a call from her husband and daughters, which ultimately didn’t make the final edit.

“We filmed them calling in and I’m crying as they’re saying how proud they are and everyone is emotional, but then they never aired it. It happens in editing but I was eliminated in the middle of the series,” she reveals. “I was like, okay, well, you know what, at least the world gets to see that you can have a family and children, but they never got to see that.”

On being a step parent to teenage girls, Kasha continues: “They didn’t need me to replace their mum or dad. I could be an addition and I got the brunt of what they didn’t want to talk to their parents about, especially as teenagers.

“I’d be like, ‘First of all, girls, we’re not trying anything on until we get the proper undergarments, we have to build from the base. If you want to wear that dress, you need to have something underneath it to hold your body in a certain way.’

“I’m so proud to say too, that I’ve taught my girls to duct tape their boobs when they need to. You don’t always need a bra.”