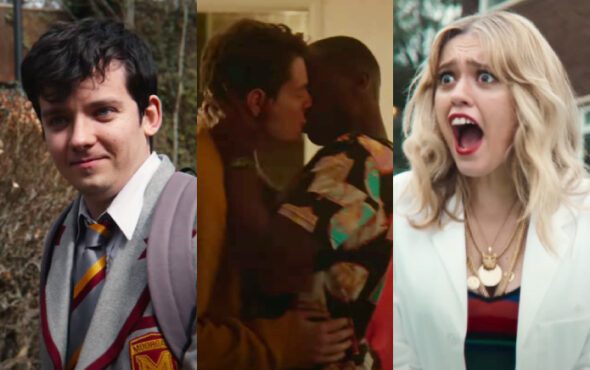 The new trailer for Sex Education teases major drama for the students at Moordale.

“Seems that there are students here who get a kick out of giving us a bad name. It changes today,” she says in her controversial welcome speech, which is followed by the school receiving an extreme makeover.

Otis (Asa Butterfield) – sporting a new moustache – tries to hide his secret hookup, while Eric (Ncuti Gatwa) and Adam (Connor Swindells) plan to take their relationship to the next level.

Aimee (Aimee Lou Wood) also discovers feminism, Jean (Gillian Anderson) has a baby on the way and, of course, there’s more trials and tribulations in Otis and Maeve’s (Emma Mackey) relationship. There’s a goat too.

Watch the brand new trailer for Sex Education season three here or below.