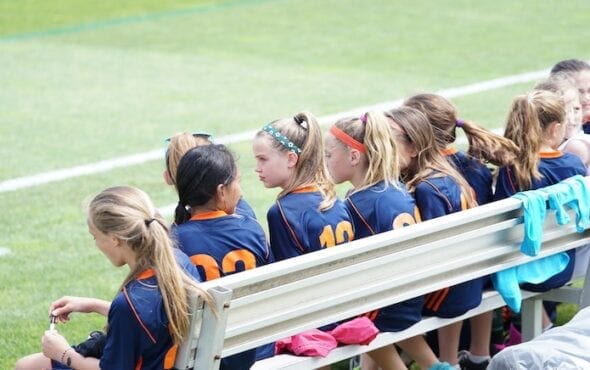 Anti-trans House bill 112, also known as the ‘Save Women’s Sports act’, has been signed into practice by Republican Governor Greg Gianforte.

Montana has passed an anti-transgender bill banning transgender girls and women from participating in sports.

House bill 122 states young girls and women are unable to participate in elementary, secondary, or post-secondary sport in teams that are not consistent with their gender identity.

Amendments on the bill state it requires “public school athletic teams to be designated based on biological sex.”

The Human Rights Campaign believes there are 252 anti-LGBTQ bills under consideration across the country. Just under half of these legislative bills target trans people, with a large portion discriminating against trans girls and women.

Bill 122 was introduced by Montana Republican State Representative John D. Fuller at the start of this year. The proposed legislation swiftly passed House and, soon after, Senate in April. It has now been signed off by Gov. Greg Gianforte.

Montana was the first legislature to take up anti-transgender legislation in 2021.

Alphonso David, Human Rights Campaign President condemned the bill in a public statement. “Montana legislators have sadly led the national effort to advance these hateful bills that harm transgender children, who deserve better than this targeted discrimination,” he said.

“Transgender children are children. They deserve the ability to play organized sports and be part of a team, just like all children. The fact that legislators who voted to pass this bill cannot name a single example of transgender kids trying to gain an unfair competitive advantage underscores that this is nothing more than a politically motivated bill for the sake of discrimination itself.

“As Gianforte considers this legislation, he should take heed of the catastrophic consequences that other states have faced after passing anti-transgender legislation — including economic harm, expensive taxpayer-funded legal battles, and a tarnished reputation.”

Amendments made the bill specifically outline how the legislation will alienate and exclude trans kids from sporting practices and clubs.

Under the listing of “designated teams” within the bill, the text states “athletic teams or sports designated for females, women, or girls may not be open to students of the male sex”. This phrasing directly targets transitioning or gender-nonconforming trans youth.

“I strongly oppose the advancing of the discriminatory House Bill 112 that targets Trans youth in Montana. This isn’t what Public Service is about.” he posted on Twitter. “As Mayor of Helena, I will continue to use my voice as an opponent of discrimination of any kind.”

I strongly oppose the advancing of the discriminatory House Bill 112 that targets Trans youth in Montana. This isn’t what Public Service is about.

As Mayor of Helena, I will continue to use my voice as an opponent of discrimination of any kind.#mtpol #mtleg

The NCAA Board of Governors released a public letter making clear that it “firmly and unequivocally supports the opportunity for transgender student-athletes to compete in college sports.”

The NCAA is the National Collegiate Athletic Association, a nonprofit organisation, which supports student athletes. In short, the NCAA opposes efforts to limit the participation of transgender students

The Human Rights Campaign & Hart Research Group poll revealed that the public was on the side of fairness and equality for transgender student athletes.

The poll uncovered that 73 per cent of voters agreed “sports are important in young people’s lives. Young transgender people should be allowed opportunities to participate in a way that is safe and comfortable for them.”

The US has seen a disturbing rise of anti-trans bills being introduced and passed. Currently, there are more than 234 anti-LGBTQ bills under consideration in state legislatures across the US.

Recently, the Oklahoma House of Representatives passed Senate Bill 2 (SB 2) which bans transgender girls and women from participating in sports.

The amended Senate Bill targets trans women and girls at the elementary, secondary, or post-secondary level of education, and requires parents to submit an annual affidavit “acknowledging the biological sex of the student at birth” to allow their child to participate in school state sports.

SB 2, also known as the Save Women’s Sports Act, was passed on Monday (April 20) and states “Athletic teams designated for ‘females,’ ‘women’ or ‘girls’ shall not be open to students of the male sex”.

The summary of the recently passed bill calls for “certain athletic teams to be designated based on biological sex.” Oklahoma House passed the Senate Bill with a high majority reaching a 73-19 vote.

Tennessee became the third state to ban trans athletes from competing in middle and high school sports after Governor of Tennessee, Bill Lee, signed the law.

Mississippi and South Dakota both passed bills discriminating against transgender youth in sports.

Mississippi’s Bill 2536, which exists under the title “provide that schools designate teams by biological sex”, aims to make it state binding that educational institutions must segregate sports teams based on biological sex.

The passed legislation made Mississippi the first state to pass a law that would ban transgender girls and women from school sports.

The Medical Ethics and Diversity Act, also known as Senate Bill 289, is a newly passed legislation allowing healthcare providers to refuse healthcare services to those that “violate” their personal beliefs.

Related: Joe Biden tells transgender Americans the “president has your back”