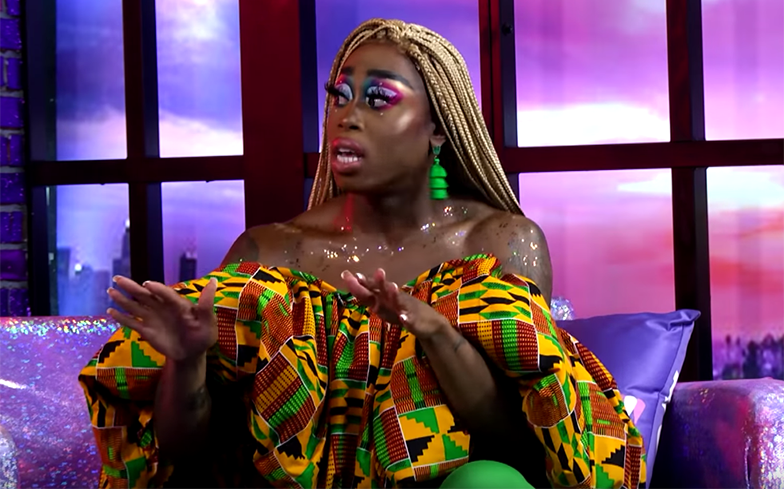 “Though you may love me, you can never see yourself in me so it’s easier to hate me.”

The legendary queen, who appeared on season 10 and All Stars 4, sat down with Johnny McGovern for the latest episode of Hey Qween to discuss her religious background and journey into becoming a legendary drag performer.

During their conversation, the host questioned Monique on her experience with racism on her original season, to which she admitted: “I received it in a small way on season 10, but I would say I received it more-so on All Stars.”

During her stint on the spin-off show, Monique revealed that she was called all kind of racial slurs from viewers such as “a baboon, a n***a and an ape”, simply because she expressed that her fellow competitor Valentina should leave the competition.

“The fandom, first of all, is predominantly white because that’s statistics, we make up 15% of the nation,” Monique continued. “The fandom can see themselves in white queens. The fandom may like black queens or queens of colour.

“However, they can only see themselves in them to a particular point because of shade. Though you may love me, you can never see yourself in me so it’s easier to hate me, because all of the shit that you may not think on a regular basis about people of colour is still already there and built in subconsciously… whether you wanna agree with it or not.

“If something comes up against one of your faves or whatever, all of that subconscious hate is now triggered and spews out. It’s just very effed up. The Vixen, I will say, never ever ever ever ever panders or tap dances for the white folk.”

Monique continued to say that because she’s a black man, she has to be careful with how she approaches conversations about racism because it’s dangerous to be “black and bald” in Hollywood and she has to continue taking care of her mother.

Tearing up, Monique added: “I just had to learn how to either sometimes let ignorant people say what they want. You hate me simply because of shade. I can’t do anything about that. What you were conditioned to think about people that look like me has nothing to do with me. I’m sorry, I don’t mean to be tender and emotional but it happens on a regular basis.”

She recalled a time when a fan presented her with a drawing of one of her outfits from All Stars 4, but made her look white.

“Well sis, that’s called whitewash,” she said. “It’s just that place where I have to affirm you before I educate you and rebuke you, because at the end of the day I am still not just a black drag queen, I am a black man.

“Black men are not beloved in America, specifically throughout the world.”

On season 10, The Vixen memorably called out how the fandom treat black contestants in comparison to their white counterparts, which was praised by fellow queens of colour such as Monét X Change, Shea Coulee and Asia O’Hara.

After her stint on the same season, the latter was threatened to be burned alive by ‘fans’ because of her skin colour, and season 11 competitor Silky Nutmeg Ganache later revealed that racist trolls sent death threats to her family and friends.

When we spoke to Silky, she said “until the producers put their foot down and offer more assistance that this going to continue to happen. People do not deserve to be treated this way. What is it going to take? Is it going to take a queen to kill herself?”

Asia also said: “I think that the people who are in a position to influence should take some responsibility. These people have the power to influence a large number of people and they need to take that seriously.

Watch Monique Heart discuss racism within the Drag Race fandom on the latest episode of Hey Qween below.