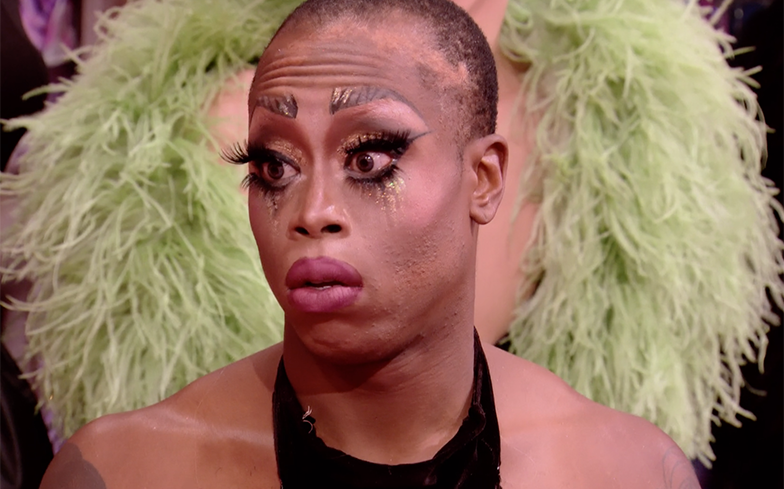 “I’m not going home anytime soon America, you can bet that.”

RuPaul’s Drag Race queen Monique Heart expresses her frustrations towards the judging panel in this brand new sneak-peek from the upcoming third episode of season 10.

In the clip, the queens ru-flect on the elimination, which saw Eureka O’Hara send home Kalorie Karbdashian-Williams after floundering in the PharmaRusical challenge. Eureka – after spilling her heart out to the judges – is still visibly shaken, especially after sending her close friend home.

Monét X Change highlights that Monique Heart (shockingly) landed in the bottom three for the challenge, to which she responds: “I don’t feel like I was the worst! I feel like I sold it.”

She then proclaims how overlooked she’s felt in the competition so far, especially for her Drag on a Dime runway in the first episode.

“My whole look made out of hats, layered in cards… safe,” says Monique. “And then I come out in a Cookie Monster costume, with the extra layer of my personality, which is the fact that I’m a crafty queen.”

She adds: “Moving forward into this week, I’m just gonna make sure that I’m the biggest personality. I’m not going home anytime soon America, you can bet that.”

However, The Vixen isn’t convinced. In her confessional, she says: “Every week, Monique thinks that she should have been in the top. Girl, you gotta take a hit. If you’re not getting what you think… step your pussy up.”