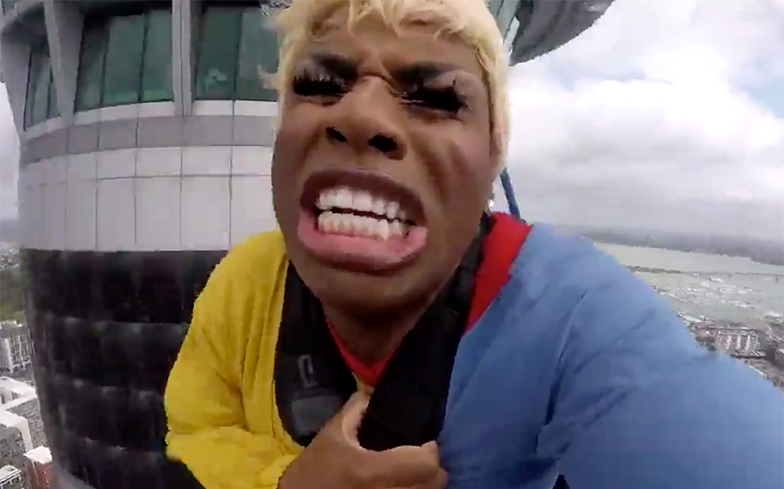 “That wig is holding on better than I hold on to reality.”

If you aren’t bungee jumping with a pussycat wig, you aren’t doing drag… right? Drag Race icon Monét X Change has OFFICIALLY taken the art-form to the next level after plummeting off a building in full glam.

The All Stars 4 winner manages to keep her signature blonde pussycat wig intact for the entire duration and like we said above, it’s the best thing you’ll see today. We’re not saying that for clickbait purposes, it’s ACTUALLY FUNNY.

Fans on Twitter found it as gag-worthy as we did, and we are living for their responses. “Your wig is holding on better to your head than i am holding on to my life,” said one fan, while another wrote: “That wig be held on by cement damn.”

Fellow Drag Race star Trixie Mattel commented, saying “the ending is so disappointing” to which Monét responded: “My thoughts on AS3.” Severe? Up in here? Yas honey.

Watch the hilarious clip and read the best responses below.