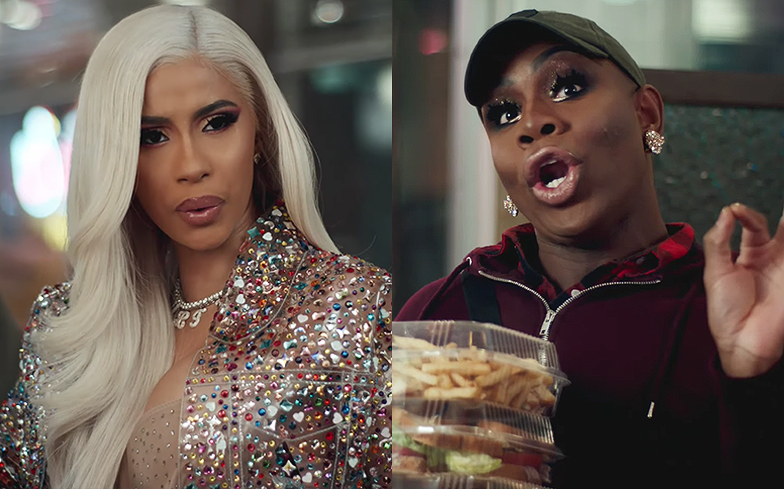 Monét X Change has made an appearance in a gag-worthy new Pepsi advert.

The drag superstar, who’s currently competing in the fourth season of RuPaul’s Drag Race All Stars, was tapped to star alongside rap queen Cardi B in the commercial, which will air during the Grammys on Sunday 10 February.

When a customer asks for a coke, and the waitress double checks if Pepsi is ok, Cardi chimes in: “Is Pepsi okurrr? Did you just ask if Pepsi’s okurrr? Of course Pepsi is okurrr!”

The whole diner starts attempting to replicate the catchphrase, which was popularised by various queens on RuPaul’s Drag Race, before Monét jumps in to show everyone exactly how it’s done.

Watch the new Pepsi advert below.