Monét X Change on Azealia Banks: “The LGBTQ community is the ONLY reason you have a career” 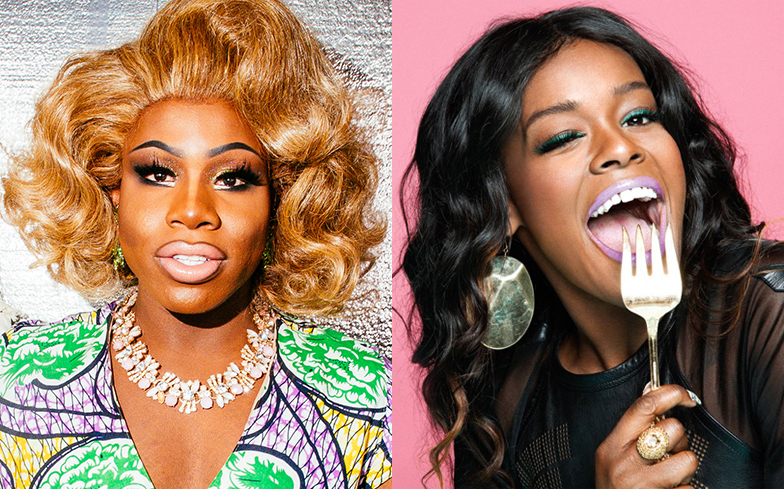 This queen is not holding back.

Earlier this week, RuPaul’s album American was mysteriously taken down from music streaming service Spotify, and it didn’t take long for controversy-baiting rapper Azealia Banks to claim ownership over the decision.

“You will not step on my little black girl toes bitch,” she tweeted to RuPaul, claiming that the Emmy Award winning host of Drag Race had “ripped off” the beat of her 2016 single The Big Big Beat on his track Call Me Mother.

Because of Spotify’s policy – which is to remove any record when it is under investigation – the album was temporarily taken down.

“I’m disappointed in him first and foremost as a black person,” Azealia continued. “He was supposed to have my back but he went with popular white gay sentiment and felt like I was disposable enough to steal from and discard. Fuck him.”

She later added: “You hate how fabulous and free I am and hate the fact that there’s no amount of makeup or girdles that could make you me. @rupaul”

Clearly unhappy with her remarks, Drag Race season 10 alum Monét X Change took to Twitter to announce that she wouldn’t be performing Azealia’s music at her shows ever again, branding her “rotted TRASH”.

I will no longer perform my Azealia Mix…EVER. @cheapyxo is rotted TRASH.

Azealia noticed the tweet, and wrote back: “Bitch your crotch is rotting and fermenting under that sour mildew ass girdle sus I do not give a goddamn.”

Monét then took the chance to remind Azealia that the LGBTQ community make up the majority of her fans, and that attacking them probably isn’t the best way to have a successful career in the music industry.

“Obscurity is where you shall exist,” she added.

Good one Azealia. Gotta love a tired bitch with preschool reads. Do you not realize that the LGBTQIA+ Community is the ONLY reason you have a career? The hetero community wasn’t checkin for yo ass before this debacle, and they won’t after. Obscurity is where you shall exist. https://t.co/yGQ5TF3iEY

Monét isn’t the only high-profile queer artist to criticise Azealia’s comments, as singer-songwriter MNEK recently responded to a fan’s request that he collaborate with the rapper with a very firm shut down.

“She actively hates gay [people] but exploits our culture. I’ll pass,” he wrote in the now deleted tweet.