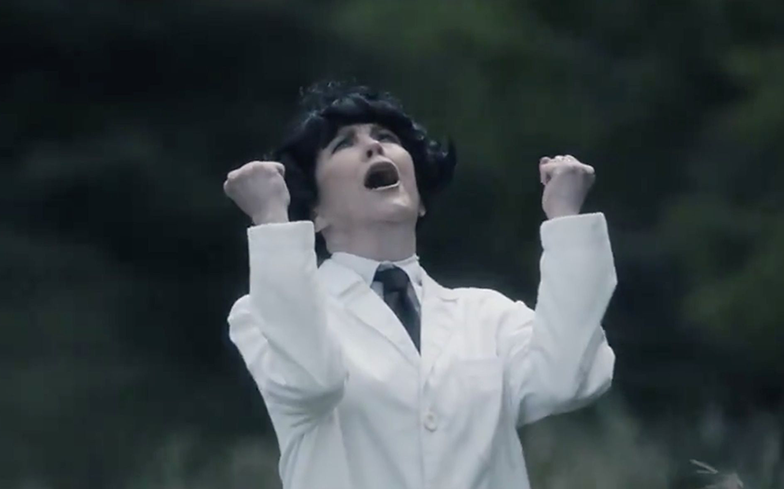 “The Crows Have Eyes… and you better not look them in it.”

The first official trailer for the third instalment in The Crows Have Eyes franchise has been unveiled.

Moira Rose, best known for her critically-acclaimed role as Vivian Blake on Sunrise Bay, makes her big screen comeback as Dr. Clara Mandrake, an ornithologist who attempts to hide her crow-like symptoms from her colleague.

“There was a time when crows were our friends,” a mysterious voice narrates the trailer, before Rose – who was once hailed the “the unsung hero of afternoon television” – says: “We best be returning to the lab, Nathaniel. It’s getting dark.”

A swarm of demonic birds then swarm the pair before revealing Rose’s harrowing transformation from ornithologist to crow.

The third instalment of The Crows Have Eyes saga is directed by Blaire, produced by Crows Eyes III Productions Ltd. Co. Incorporated and filmed on the Bosnian Riviera. It will be released later this year on streaming platform, Interflix.

When we spoke to Rose ahead of the film’s release, she told us: “You know, I liked doing that and it was so scary. Whenever you do a scene where you’re off-stage or performing, and everyone in the crew is just watching, you want to pull it off for everyone.”

Watch the terrifying trailer for The Crows Have Eyes: The Crowening below.