MØ: “We owe so much to the gays in pop music”

Following the release of her third studio album, Motordrome, LGBTQ+ ally Karen Ørsted is sharing her most vulnerable self. 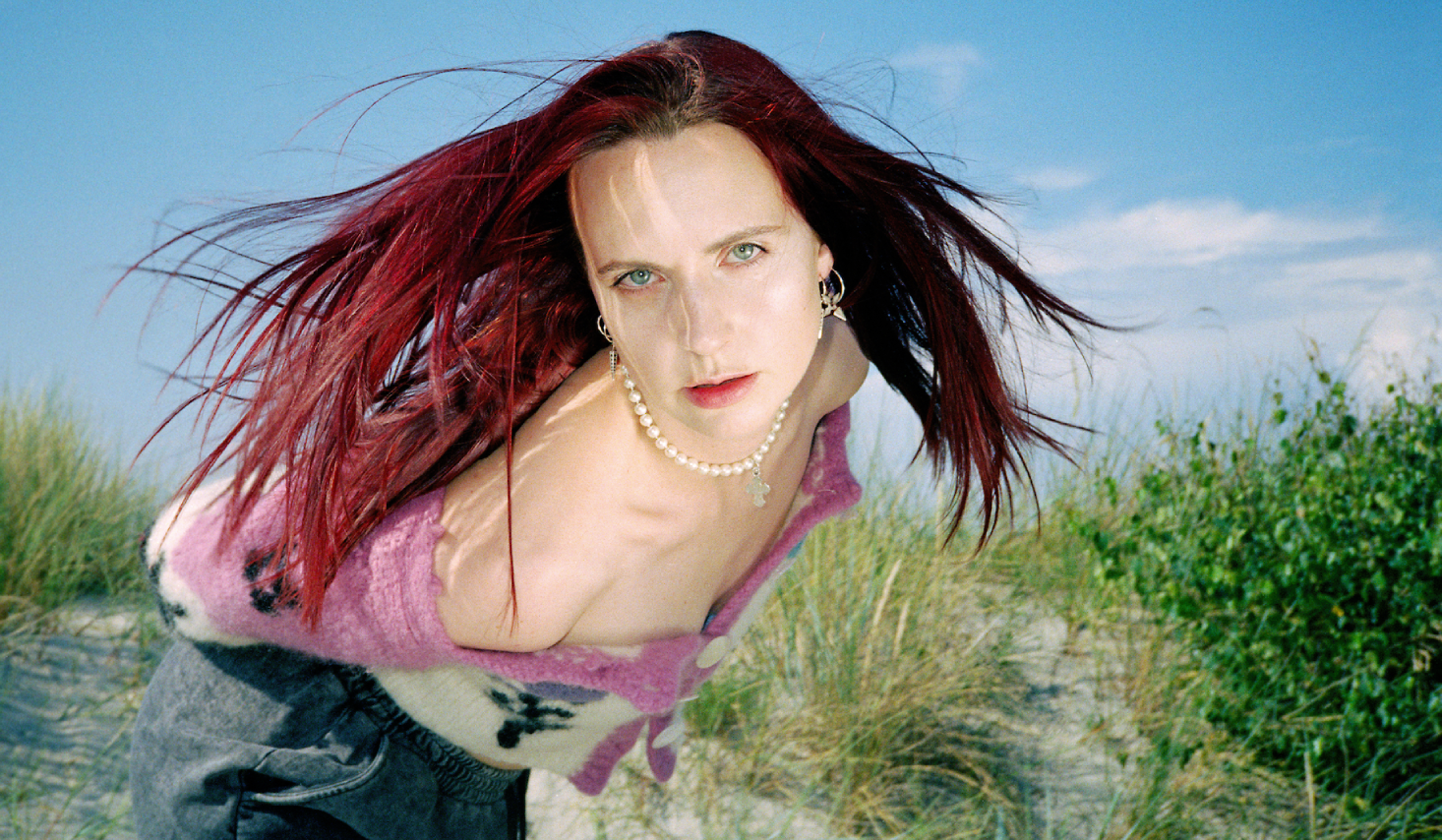 Like most artists, MØ has had to reconcile with the reality of how the industry has been impacted over the last two years. With time at her disposal, the Danish singer-songwriter returned home to decompress. MØ’s last industry record hit the shelves in 2018. Greeted with acclaim and reeling off back to back success, the musician was riding a high. Over the last few years, MØ’s imprint can be found on the global charts. With two greatly successful LPs and hit collaborations (Cold Water featuring Justin Bieber and Major Lazer with DJ Snake on the anthem Lean On), the singer garnered success across the industry.

Now, in her latest creative project, the Scandinavian is facing her fears and feelings head-on. MØ took her time into buoyant dance-pop for darker, introspective tracks that tied into her reckoning with mental health and wellbeing. “Throughout the whole time writing this album, I really felt like I was getting back into myself in a new way,” she tells GAY TIMES over Zoom. It’s not the first time MØ has been emotionally candid, but, she admits, she’s at a time in her life where she is actively prioritising her health. “If you don’t put health first then there’s nothing to build a career on. It’s not sustainable”.

GAY TIMES catches up with the Danish singer-songwriter to talk about mental health, new music and what makes a good LGBTQ+ ally.

Your third album, Motordrome, is on its way to fans, how are you feeling about the release?

I’m so excited that my album is coming out so I’m feeling super excited and nervous. This album was done during a time in my life when a lot of things were changing. It was a tough time, but a very important time so the songs are very personal. Even though people’s lives and circumstances are different from mine, I hope that some people can take something from those songs and find inspiration, healing or energy, because that’s what I do as a listener.

Many of your new songs navigate your experience with anxiety and mental health. Did you find it cathartic to channel that discomfort through your music?

In the beginning, I experienced these panic attacks. I’m privileged that I never had to be in a situation where I felt like I was losing control mentally. But, experiencing that for the first time was just so overwhelming and so scary. I was super scared to talk about it, even though I know it would help the process because it was so new for me. But when I then started, I discovered that it was definitely a way for me to see things a bit clearer. It felt good to open up also through conversations when writing the songs and that was so healing.

It felt a little heavier writing about things like that than then before than if I was going through heartache or a confusing time. I would write about it and it would be a sadness that turned into energy with mental health. This time around it definitely felt heavier and a bit more complex. It was like building a little shelter one brick at a time. There are not any conclusions on the album, but it’s all a little glimpse of clarity.

In your song Live To Regret, you open with lyrics dwelling on your inability to reach peace. How much closer do you feel to achieving that moment of calm?

Right after I experienced these panic attacks it felt very hopeless and overwhelming. It’s like ‘What the fuck is going on’ and questioning if this is going to be the way I feel forever. At that time, I remember feeling so much self-blame. I was whipping myself for allowing myself not to react to the things like the people that were toxic to me or a situation that was not good for me. I think that is the value of regret and that was what I was referring to.

When my career started happening, I was riding a high so I actually don’t blame myself for certain things where I should have set up boundaries or demanded to be respected in this situation. I was very naive and very spoiled in a way. I can say that now, but I know in my situation, I was really doing my best to be a good team player. I really didn’t know what it took to be a boss, especially in a very male dominant old school world where I didn’t have a lot of tools. So, the only way for me to move forward is by trying to not be scared to take up the conflict. I know it will still be a struggle and it’s going to be a process that takes time.

Your song kindness explores your relationship with kindness with another person, but can you share a moment where a kind experience had a huge impact on you?

When I got the idea to write that song, it was actually during this time when I was taking the
break and I, all of a sudden, realised how insanely lucky I was to have such a very loving and supportive fan base that are relentlessly there for me, and it just means the world to me. The word kindness just came to my mind, because how do I deserve to get all this love from these people? It was just overwhelming so it was an act of kindness.

Motordome focuses on your mental health and personal wellness over a period of time. Has your relationship with your health positively changed since releasing this record?

After going through therapy cleaning up on the business side of things it has definitely improved. There were some people that I needed to fire and there were boundaries that needed to be set. And, honestly, I really needed to connect with myself on a personal level because if you work very hard for many years, you don’t really have time to digest what’s going on and to follow your own kind of internal development. So, with all of these things, I needed to do it. It’s a lifelong process and something you got to work with. For me, it’s very much about finding some kind of balance.

There are moments in the record of real openness and creativity in this album. What did you enjoy most about constructing Motordome?

It has been really nice getting back into a creative space where I felt the freedom to write again and make music where I had the time to really find out what the production should be like and who the collaborators should be. Writing this album and talking about some of these heavy themes are important. It felt really good to be really aware of where I’m at in my life. Even though it did hurt to finally get connected with myself at least it’s wholesome. This is the sum of me right now and I can feel it all so that was a good thing. Also, obviously, with this year, I’ve become aware of how privileged I am and rooting myself in this world and it’s been a learning curve. I’d rather be awake rather than blind and floating around in a blur.

We have to ask about your hit Nights With You. It’s a song that was resonated with the LGBTQ+ community for its celebration of queer joy. How did you feel to receive that response to the track?

I was so happy about the reaction and so happy to reach the LGBTQ+ community with that song like that. It made me really proud. We owe so much to the gays and to drag in pop music so whenever I feel like I can give something it’s so important.

Speaking of the queer community, allyship has been a buzzword amongst the industry over the last year. As an artist with a large LGBTQ+ fanbase, how do you feel the title of allyship applies to you?

It’s insanely important. For me, I’ve recently been thinking about how to be a good ally. I’m not perfect and it’s a work in process, but I can always learn. I’m a cis white lady and my first name is literally Karen so the least I can do is really dedicate myself to try and be as good of an ally as I can be. It’s something about really knowing when to listen and to accept your shortcomings. Sometimes, being an ally can be uncomfortable, because it is uncomfortable to constantly be in a learning process. You need to be really open and listen to people that need to be heard.

One of the things in pop music and it’s about realising you’re privileged and knowing when to speak up and when to sit back and listen. Also, it’s knowing that in pop music We owe so much to [LGBTQ+] communities and need to be aware of all that more.

Motordome gives listeners a walkthrough of some of your biggest personal lessons in the last year. What has been your biggest takeaway from this album?

I am older than I was before, but it has been more about realising a lot of things have changed. For many years, I was clinging to the old nostalgia that had been giving me inspiration back in the days. Now it’s about realising it’s different now. It’s not a bad thing, but a different kind of energy.

Most of all, I learned good things can come out of being vulnerable and I need to keep remembering that because, throughout my life, I’ve always had this mentality of pulling through and being cool and wild. There’s nothing wrong with that, but you need to allow vulnerability to have a seat at the table, otherwise, it’s just not the whole truth. So that’s one of the biggest things that I learned with this album. It’s also not good to work out from fear. Is this good enough? Am I good enough? Will it be good enough? It’s natural to have those thoughts, but it’s important that you focus on what it is you want to say rather than trying to please everybody around you and that’s something I’ve been learning to do more on this album.

MØ’s third studio album Motordome is out now via RCA and is available to stream on all platforms. 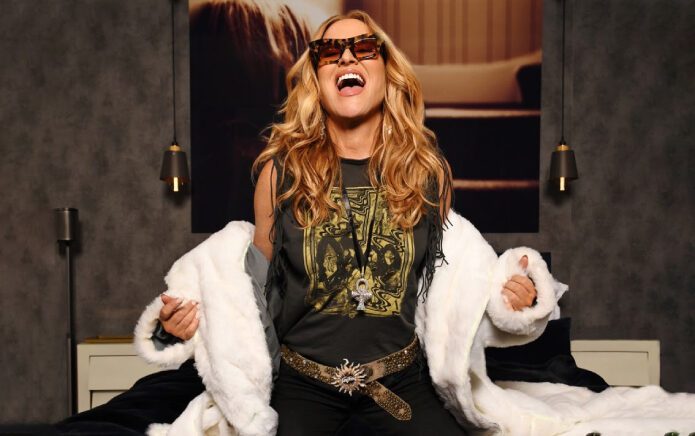 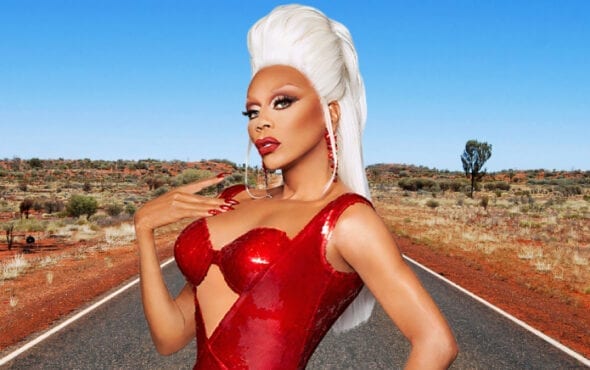