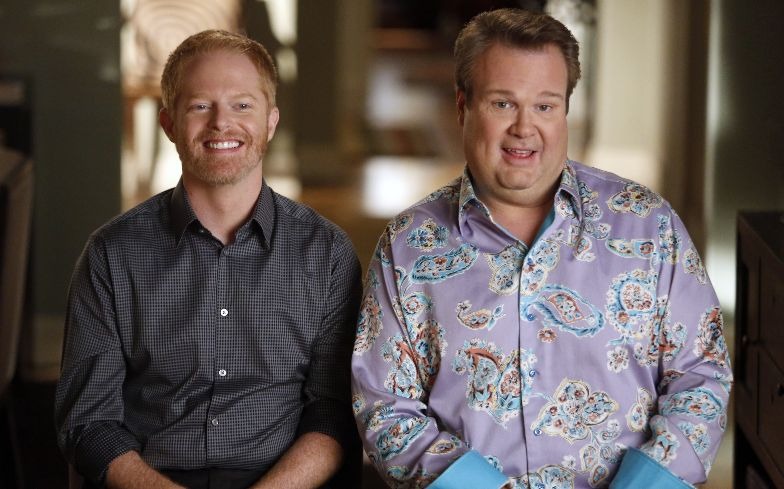 The series ended earlier this week.

Long-running mockumentary sitcom series, Modern Family, came to an end earlier this week. The series featured many pivotal LGBTQ moments with gay couple Mitch and Cam, who during its twelve season run, got married and adopted children.

In the season finale — and spoilers ahead — Mitch, Cam and their adopted children move to Missouri after Cam gets his dream coaching job that he feared he’d missed out on.

And in an interview with Deadline, series co-creators, Steve Levitan and Christopher Lloyd said that some writers were floating the idea of a spin-off series focused on the characters.

“I think that there are a couple of writers who are thinking about well, is there a Mitch and Cam spinoff, but they’re literally just thinking about it,” said Levitan. “They’re using this time that we have now to think about it, if there’s something there.”

Lloyd went further than Levitan adding that having Mitch and Cam move to Missouri opened the “possiblity” of a spin-off, saying: “Will that happen? I’m not sure but we would be probably dumb to not explore it.

“However, doing a spin-off is fraught in a lot of ways and we won’t do it unless we feel confident there’s something there, I don’t want to say it’s a long shot, it’s under discussion but we’ll see.

“We don’t want to jump into something like that, particularly because Modern Family is a tough act to follow, but that is a possibility.”

And reflecting on some of their favourite moments from the series, Lloyd brought up the episode in which Mitch and Cam got married. “The Mitch and Cam wedding episode was nice for us because we saw a nice moment where Jay rose to the occasion and walked Mitchell down the aisle,” he explained.

“It was nice for cultural reasons, that we saw gay marriage on television.”

And talking on The View, Jesse Tyler Ferguson, who plays Mitch, said he hoped the character’s impact would live on forever.

“I hope that [Mitch and Cam] will always be a relatable couple for all people,” he explained. “When I was a young, gay kid in Albuquerque, New Mexico, I didn’t turn on the TV and see anything on the television that reflected what I hoped to be.

“I hope that this relationship on television now will be that for a lot of kids who can turn on the television [and] say: ‘Yes I can marry whoever I want to marry and have a family with them and experience the same ups and downs of being a new parent that my parents did’.”