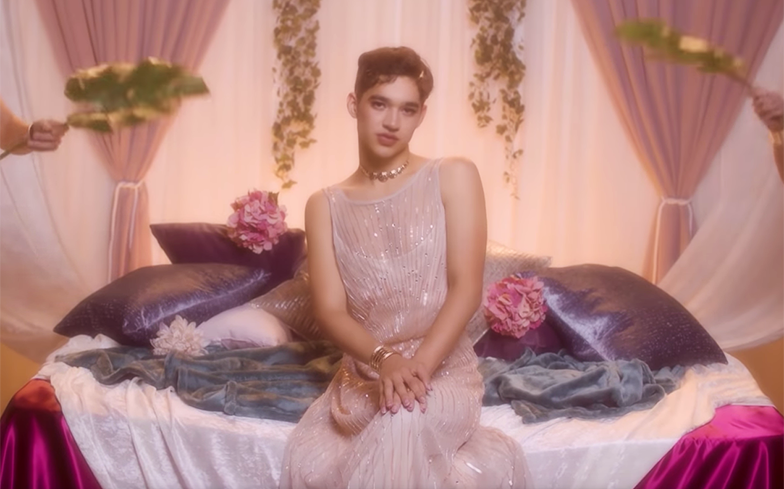 Miss Benny has released the follow-up to his glittery synthpop jam Rendezvous.

On Every Boy, the American singer-songwriter and actor says he wants to “kiss every boy in the world” and tbh, same.

“For every STREAM & SAVE a baby gay gets their first pair of hoop earrings!” Miss Benny wrote on Twitter following its release. Every Boy is now available on iTunes and streaming services – listen below.

He will star alongside Brooke Shields (Suddenly Susan) and Pierson Fodé (The Bold and the Beautiful).

Eva Longoria is on board to direct the pilot, while Damon Wayans Jr. will executive produce.

According to Deadline, Miss Benny will play Marco, an ambitious and creative gender-nonconforming teenager who uses makeup and fashion to let his queer self bloom.

After graduating high school, Marco’s life changes forever when a YouTube rant bashing a cosmetics company for their products lands him a job working with its founder and CEO, Madolyn (Brooke).

Meanwhile, Pierson will star as character Chad, an ambitious, openly gay alpha male who works at the cosmetics company his mother Madolyn founded and who styles himself as her heir apparent.

If the show is green-lit for a full series, it will likely be the first scripted US show to have a gender non-conforming lead protagonist.

“Welp. Secret is out and my mascara has been running all week. Couldn’t be more thankful to be a part of something so special with the Glamorous family,” Ben wrote on Twitter following the announcement.