Miriam Margolyes on why she’s happy being a lesbian: “Very few men have souls” 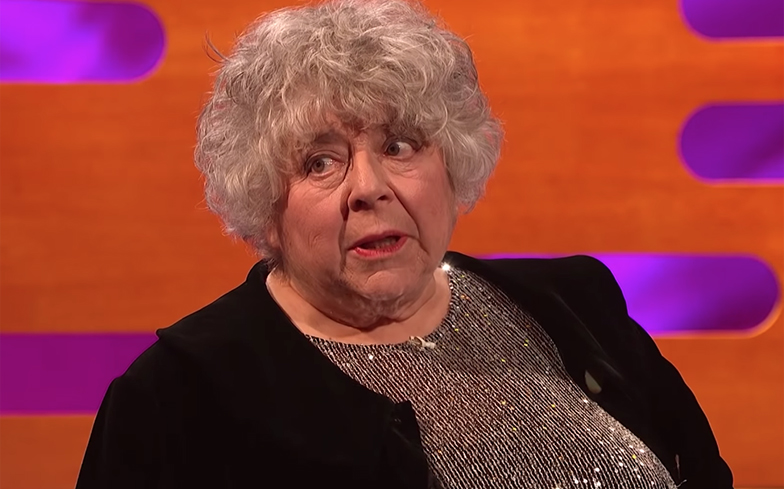 Miriam Margolyes has given a humorous insight into her life as a lesbian.

The award-winning actress, famous for playing Professor Sprout in the Harry Potter movies and Mother Mildred in Call The Midwife, said in a new Guardian interview that it felt like a “bombshell” when she realised her sexuality.

“I used to have crushes [on women] and they were incredibly passionate and all-consuming. I wasn’t really interested in men and I’m still not – I’m not interested in their souls, because very few men have souls,” she said.

“When you find one that has, it’s worth it. [But] most of them are just so trivial. And if you’re not sexually interested in men, they’re unbearably trivial… I can like them and have my male friends, but I just don’t feel groin excitement from them.”

Miriam came out and had her first girlfriend at the age of 27, but admits that telling her parents about her sexuality was “an error” because it “hurt them too much”. She believes it contributed to her mother’s stroke three months later.

“It was terrible, and I was very, very unhappy. I knew I couldn’t change what I was; I was just unhappy that I told them. But I told them because my relationship with my mother was completely open – we had no secrets from each other,” continued Miriam.

“They came from a world which could not adapt and that’s sad. It’s their tragedy, but it didn’t become my tragedy. I’m lucky that I’m not… I’m remarkably un-bitter, really.”

Despite this, Miriam recalled how she was “thrilled” and “ecstatic” to be a lesbian.

“I think it gives you an identity because you can say, ‘I am a lesbian.’ It put everything into place,” she said. “And it was fun. I still think it’s an absolutely terrific thing to be, which is good, because it’s not going to change.”