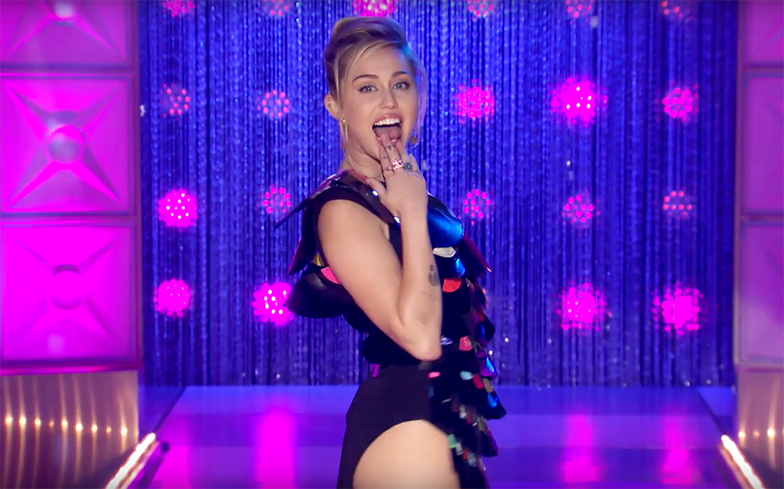 Yesterday, it was revealed that the American singer-songwriter, actress and Drag Race superfan will finally make her debut on the main stage later this month.

She previously appeared in the audience for the season eight live finale, so honey, it was about time!

The announcement was accompanied by a new teaser trailer – which shows off a gag-worthy new lewk from Mama Ru – along with Miley, who asks the audience: “Are you freaking out? Because I am freaking out!”

E! has now provided fans with further information, and lordt… we are gagged. According to the publication, Miley will go “undercover in the workroom to spy on the new cast of queens.

A 90 minute episode of Untucked will reportedly follow after. Are you living? Watch the brand new trailer below.

Check out each queen’s profile here.