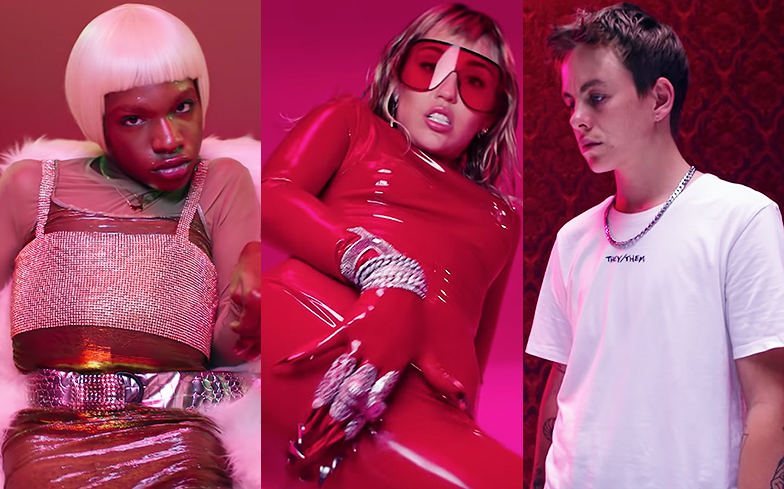 Miley Cyrus has dropped the incredible video for Mother’s Daughter.

The track is taken from her brand new 7-track EP called She Is Coming, which includes a collaboration with Drag Race superstar RuPaul, as well as features from Ghostface Killah, Swae Lee, and We Can’t Stop producer Mike WiLL Made-It.

“Don’t fuck with my freedom, I came up to get me some, I’m nasty, I’m evil, must be something in the water or that I’m my mother’s daughter,” she sings on the addictive female empowerment anthem.

The music video is a pink-hued dream, which includes flashes of messages on screen such as “virginity is a social construct” and “not an object” in between shots of Miley in a Britney-esque red catsuit and matching visor.

Watch the video for Mother’s Daughter below.

For fans expecting a full-length album, don’t get too disappointed yet, as Miley took to social media to announced that she’ll be releasing another two EPs similar to She Is Coming later this year, and they’ll make up one big album.

“This is the 1st of 3 drops! 6 songs, 3 EPs ! SHE IS COMING / HERE / EVERYTHING all to make up 1 album #SHEISMILEYCYRUS next 2 drops to be announced,” she wrote on Twitter.