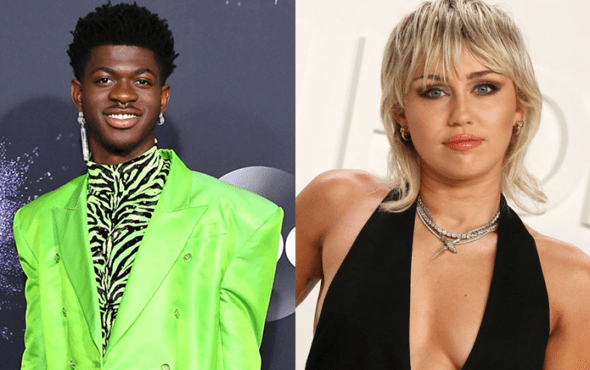 Lil Nas X and Miley Cyrus took to TikTok to parody a Hannah Montana scene and made us all feel nostalgic while doing it.

You got the best of both worlds.

Lil Nas X is no stranger to the internet. If I’m honest, he’s probably one of the only reasons I still have Twitter and TikTok.

Last week, the 21-year-old shared personal videos that gave an insight into his life and how he became a breakout star.

Now, in typical Lil Nas X style, the Old Town Road singer is back to basics with another comedic viral video.

Last night the artist posted a Hannah Montana parody that made light of Miley Stewart’s (Miley Cyrus) all too familiar dramatic reveals.

The musician donned a short cut blonde wig and copied lines from the Disney Channel classic while his own track, Call Me By Your Name, played in the background.

Nas X captioned the video “I hope Miley don’t block me for this”.

The pop turned rock singer replied with the caption: “What Lily is really thinking when Miley presses send on ANOTHER Hannah reveal”.

Cyrus poked fun at Stewart’s character and how tiresome the reveals became. “Again? The old Hannah reveal is losing its shock value. You do this everything f*cking week Miley,” the singer fully committing the role of a very much up Lilly Truscott.

You can watch the TikTok of Lil Nas X and Miley Cyrus here and below.

#duet with @lilnasx What Lily is really thinking when Miley presses send on ANOTHER Hannah reveal. @lilnasx