Might this be the most feel-good lip sync in Drag Race HERstory? 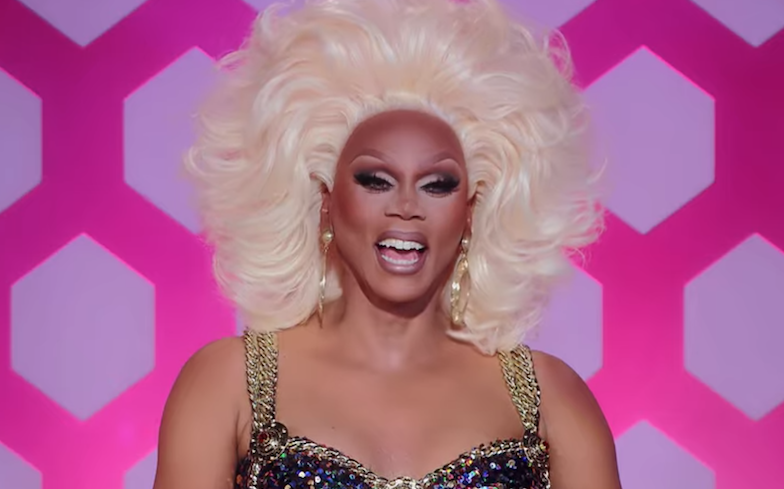 This week’s lip-sync might just be the most joy-inducing one yet.

This week on Drag Race, the queens were making over super-fans into super queens, and letting their super-fans lip-sync on the main runway.

As she won the main challenge last week, Jaida was given the duty of pairing up the queens with the fans, and unlike past seasons where tactics might be involved, all the queens were happy with who they got.

And as the queens prepared their fans, several of them opened up about hardships that they’d faced during their lives. Nicole confessed to Heidi about her body insecurities due to consistent bullying, and how she’d been uncomfortable showing parts of body, while Janet the Planet told She**y about people mistaking her for a trans woman.

On the runway, both Heidi and Jackie transformed their drag daughters into disco divas, Jaida went with a red ensemble, Crystal went full Bert and Ernie realness, while She**y channelled 1950s waitresses and Gigi went with fashion supermodel.

After the critiques, Gigi was declared safe. Crystal and She**y got high praise for the challenge and were declared safe, with the win going to Jaida. Both disco divas, Heidi and Jackie were put in the bottom and lip-synced to the 2016 dance pop / disco hit, Kill the Lights.

The whole episode had been one of positivity and loving oneself, and this lip-sync managed to hammer home this point. Other double shantays in the shows’s HERstory have revolved around iconic reveals, or a tonne of tricks with splits and death drops galore. And while this did have one death drop, the queens used all their choreography skills to the max and both really sold the song in a way guaranteed to put a smile on your face.

However, it’s never a Drag Race episode without a little bit of fan division. Although there was plenty of praise for Jaida, some felt that Crystal’s look should’ve bagged her her first win.

Next week, the queens will be putting on their own one-woman show, and be coached by guest judge Whoopi Goldberg. And that’s not the only thing, as we’re finally seeing the return of the puppets mini-challenge. Because everyone LOVES puppets.