Midnight, Texas star Jason Lewis hits back at the homophobic response to his character 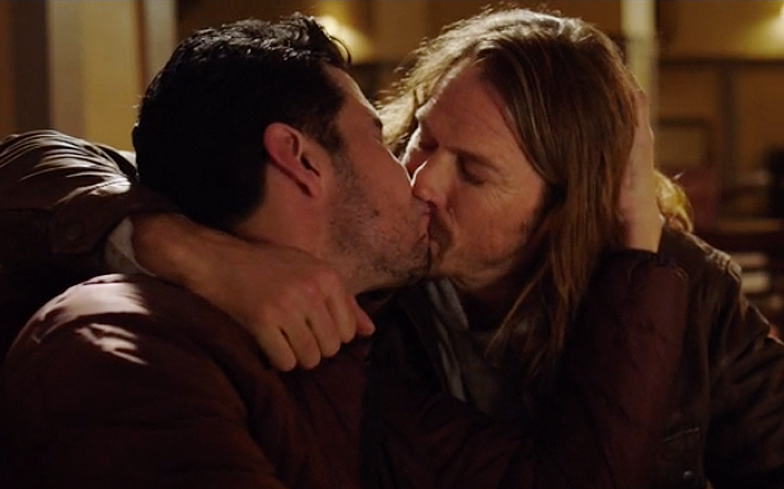 In a show with witches, demons and angels, a gay kiss is what people take issue with.

When Midnight, Texas started airing, Jason Lewis was introduced alongside Bernardo Saracino as married couple, Joe Strong and Chuy. It took four episodes before the couple had their first kiss, and of course people complained about it.

Writing for Newsbusters, Lindsay Kornick said: “It’s bad enough I can’t go one show without seeing a gay couple wedged into the plot anymore (we are by far past the four percent representation the LGBT community really makes up), but now they’re affecting symbols of a decidedly non-homosexual religion.”

But despite the backlash, Lewis couldn’t really care less, and in an interview with the Daily Telegraph, in Australia, he said it was unlikely his character would care either.

“Yeah, cool, be intolerant of us and see how well that goes for you,” he said. “Joe is a little over the petty sexual concerns of the average human being.

“He’s been around too long (being 1000-years-old) to look at somebody through such narrow values and assess them.”

And in an interview with Blackbook, the former Sex and the City star opened up about his closeness with the LGBTQ community, and how his previous gay role had helped him with Midnight, Texas.

“I love those people, I always have,” he said. “I’m a child of the hippie California generation. In this industry, there are a lot of gay people, I’ve always been around gay people.

“In Brothers & Sisters, I played a person who didn’t know where it was okay for him to exist. I think that’s definitely brought up in Midnight, Texas too, but I don’t think that’s the sum total of what Joe’s reality is – because I don’t know what they’re gonna write for Season Two.

“But the guy’s also been around for 2,000 years, so, there’s a lot of other things that have weighed on that kind of creature’s mind.”