Michelle Visage was at her sassiest in incredible Strictly routine 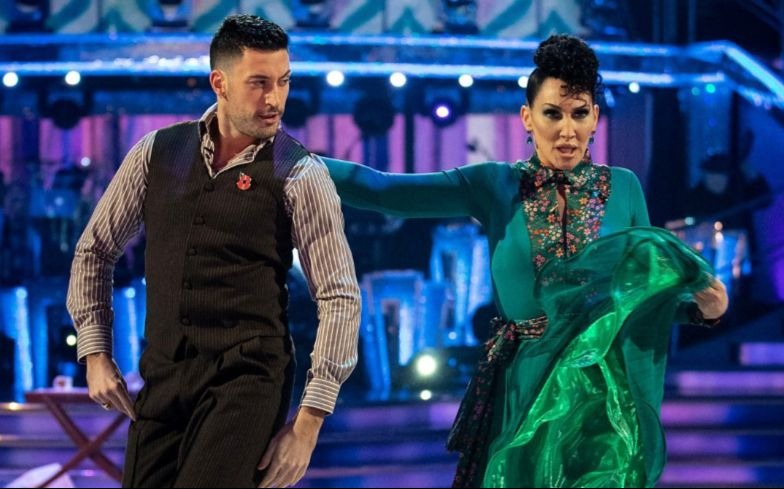 Only one dance deserved 10s last night, and it was her.

It’s the week before Blackpool, so if you play the Strictly drinking game prepare to get hammered as they won’t let you forget about it. As the competition progresses we’re starting to see the importance of the leaderboard, as a usual high-flyer finished up quite low down on it.

Last week, not only did we lose Will Bayley due to injury, but Mike Bushell survived the dance-off once again, and sent Viscountess Emma Weymouth back home. It was a difficult decision, as Mike’s initial dance was overmarked, but at the same time, Emma didn’t suit the samba.

However, Michelle Visage did suit the paso doble, and once again topped our poll with 65% of the vote. Other dances that our audience enjoyed were Chris Ramsey and Karim Zeroual’s, with both receiving 10% of the vote. And Alex Scott, Kelvin Fletcher and Saffron Barker all received 5% of the vote. And if you want to vote for your favourite dance from last night’s show, you can do so by following this link.

But the most important part of last week happened during the results show, when male pros Johannes Radebe and Graziano Di Prima danced an incredibly moving routine to Emeli Sande’s 2019 romantic pop anthem, Shine. The routine was praised by viewers and professionals alike, and as the BBC are “completely open” to having same-sex couples compete, perhaps this could prove to be that watershed moment.

We started off on Alex Scott doing a jive, and she finally had Neil back. He hasn’t been my favourite professional of the series, but it was good to see him back with Alex. Sadly, the dance wasn’t doing it for me, with a lot of Alex’s flicks lacking a certain sharpness to them. At least Motsi was on hand to make an affair joke, seemingly oblivious to the awkwardness that entailed after Neil’s then-wife Katya snogged her celebrity partner last year. In the tweet above, the nation was either Alex or Neil, there was no in-between.

Following this start to the show, it was Mike Bushell’s paso doble. And just like Mike’s Strictly career, it failed to get off the ground. He was good at keeping to the beat at the start of the dance, but the routine sort of fell apart after that and was very strange to watch.

Usually, you can count on Karim Zeroual to resurrect a dying show, with his slick ballroom moves and boundless energy, but tonight the Viennese waltz just didn’t click with him. He tried his best, but he didn’t have the serene grace the dance needs when in hold. But he looked very good out of it. And it was heartbreaking to see him reduced to tears, and hopefully the CBBC star is back again next week to light up our screens like before.

Chris Ramsey was everything in last week’s street routine, but with a tango like this he’ll be lucky if he emulates his song’s lyrics and survives through to next week. Look up ‘awkward’ in the dictionary, and there’ll be a video of this routine, Chris hasn’t looked more out of his depth since his week 1 cha-cha-cha.

Michelle Visage then took the floor and promised us sass, and honey she delivered the sass. Her character may have been the doting housewife, but when she took charge, boy, did she take full charge. She oozed all the sass, all the class, and all the charisma needed to sell the dance, and why this didn’t get at least one 10 is a mystery for the ages.

Emma Barton needed to restart her Strictly story after last week’s lacking rumba, and while she moved up on the leaderboard, he routine was weird. I’m not an expert on any dance, let alone jazz, but this barely even seemed like a routine, bar some cute head wiggles.

Saffron Barker did however deliver a beautiful waltz, one of the most beautiful I’ve seen in my time watching Strictly. But I’m conflicted on whether 10s were appropriate, perhaps one, but three seemed a little over the top. At least we finally got a waltz, having not seen one of the quintessential Strictly dances since Week 2.

The show ended on Kelvin Fletcher and the return of his hips, but maybe they’re losing their power. Bar some lifts, the routine was almost eerily similar to his Week 1 samba, although it was still a fun routine to finish the show on.

It was Saffron Barker who topped this week’s leaderboard, with Michelle Visage and Kelvin Fletcher rounding out the top three. On the other end, Mike Bushell found himself at the bottom for the first time in the competition, and Chris Ramsey and Karim Zeroual were also down.

The public generally seems to dislike Mike, and with him being at the bottom of the leaderboard, it could be his time. However, only one point separates him and Chris, and Mike does come alive in the dance-off, and so could survive his fourth one in a row. However, with Karim and Alex also being low down on the leaderboard, one of them could be dancing again.

Michelle’s dance was the only one that properly wowed me tonight, and you can watch it below, or by following this link. Also below, or though this link, will be Saffron’s leaderboard-topping waltz. And you can vote in our poll for your favourite dance by voting here.

Strictly’s next live show is next Saturday (16 November) at 19:05 on BBC One. And if you still need Strictly magic in your life Strictly: It Takes Two will be on every weekday at 18:30 pm on BBC Two, and 18:00 on Friday.